One of the world’s most renowned airlines Qatar Airways has released some very interesting information related to the in-flight entertainment system in its new Boeing 787-200 Dreamliner aircraft. Check out the details after the jump.

The news comes from TalkAndroid and they are reporting that the new aircraft comes with a unified In-Flight Entertainment and Connectivity (IFEC) System – Thales Avant Touch Passenger Media Unit (TMPU). 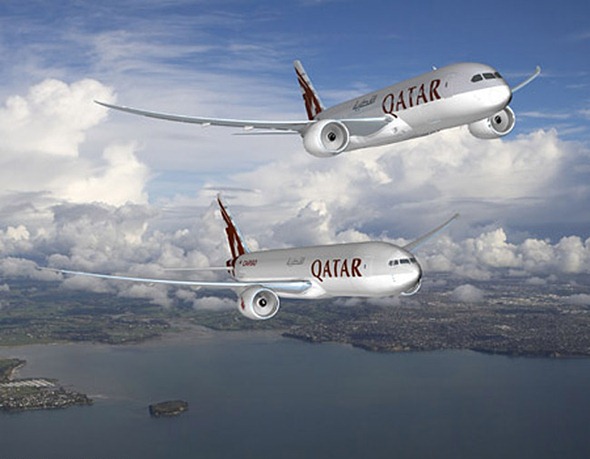 TPMU’s come in two LCD display sizes: 17.3” for Business class and 10.1” for Economy class. Each TPMU is integrated inside the back of each seat; every unit comes with a dual core ARM processor, 1GB of RAM and a whopping 256GB of solid state drive storage. Furthermore, a central server comes with a 32 core processor with 128GB RAM and 4TB of SSD storage. We’re talking some serious muscle over here in terms of hardware.

If we sum up these figures, we get a in-flight entertainment system consisting of more than 250+ ARM dual core processors, 254GB of RAM and 63.5TB of SSD storage. That’s unlike anything we’ve seen before!

Now, the most interesting bit of information is that these TPMUs will be powered by a heavily customized version of the Android operating system – the same OS that powers some of the world’s most powerful smartphones.

This leaves only one question: when will the Android development community release a root method for the in-flight entertainment system?

The aircraft also comes with In-flight Wi-Fi and GSM connectivity so you can watch cat videos and talk to family members instead of enjoying the beautiful view right outside your window.

Besides Qatar Airways, the Boeing 787-200 with Thales Avant IFEC will be coming to British Airways. An updated version of the IFEC will come to next year’s Airbus A380.

Feedback from the blogosphere so far is generally positive, but people are concerned with the inevitable combination of the touch screen system with less-than-tech-savvy people. Current touch-screen systems with their laggy UIs cause people to tap the displays with a little more force than required that disturbs passengers sitting in front.

Don’t forget to let us know what you think of the Android-based in-flight entertainment system by leaving a comment over on our Facebook and Google+ page.