ProCamera Brings A Feature-Rich, Professional Snapping Experience To The iPhone

Camera-based apps for Apple’s iPhone aren’t exactly in short supply, and while they all use the same quality of camera, the results from app to app can differ greatly. Some of the more popular ones can yield fantastic results, but the indifference of many image and photo apps mean it’s always good to do a little research before parting with any money.

Thanks to the iPhone 4S’s 8-megapixel snapper, the App Store has seen a boom in the number of such applications, and as big fans of the social aspect as well as the taking of snaps on our smartphones here at Redmond Pie, we’re always on the lookout for a decent camera app to feature. 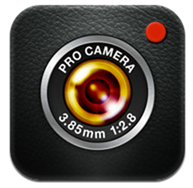 ProCamera is far from fledgling, and has been around for a couple of years, but during its lifespan, it has undergone many, many changes which have seen it transcend to the point where it is now one of the most complete apps of its kind.

ProCamera is one of the founding members of the higher class of photo apps currently increasing in popularity. It sets a new benchmark for what it takes to be feature-rich, and if you’ve seen a quirky feature in a camera app in the past, ProCamera almost certainly has it somewhere it its expansive inventory. 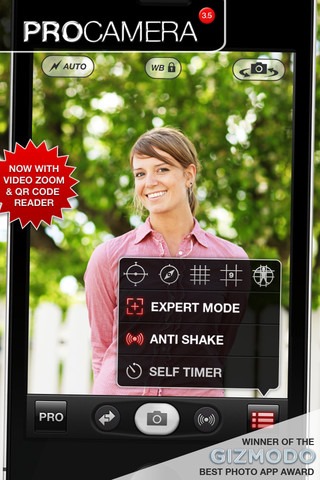 There’s Expert Mode, which allows focus and exposure to be effortlessly set prior to shooting, RapidFire Mode, which lets you set continuous, full-res “burst shots” by holding the shutter button, and HighSpeed Mode, which takes shots at a low resolution (specifically 640 x 480) for quicker saving and sharing.

You can easily geo-tag your images, so you remember exactly where the magical, Kodak Moment occurred, and you can also add date stamps to your images which, while useful, also give a slightly retro feel to proceedings. 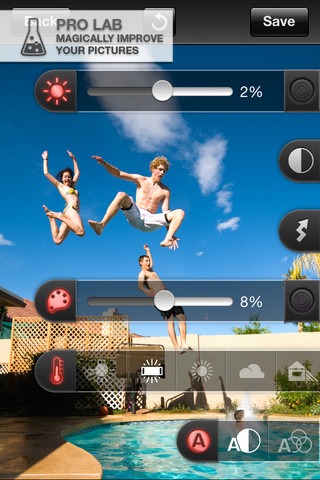 ProCamera isn’t just for stills, and there are plenty of options to enhance your movie shooting abilities too. It costs $2.99 from Apple’s App Store, but is, in my opinion, the best camera app available for iOS right now.