PlayStation 4 Bundle With Killzone: Shadow Fall And PS Camera Leaked Ahead Of Release

With what’s shaping up to be an interesting slog for the next-gen console crown, both the Xbox One and PlayStation 4 continue to grapple for those column inches as consumers make up their minds about which one to choose. After a spate of reports pertaining Microsoft’s next big thing, a leak of the PS4’s Killzone: Shadow Fall bundle has emerged. Now, we’ve seen a Killzone bundle already, but this one, which features the new Killzone as well as a PlayStation Camera, briefly appeared on the French Amazon site.

Although the PlayStation 4 will cost considerably less than its fierce rival at point of launch, this is because the PlayStation Camera won’t be bundled as standard, like Kinect will be with the Xbox One. But we’ve seen plenty of bundles already to suggest that more than a few PS4 owners will be investing in a motion sensor for some interactive gaming, and this latest Killzone: Shadow Fall bundle underlines this.

The Amazon listing looks as though it was posted by accident, and only appeared for a short while before being pulled, but luckily, one of our reader managed to grab a screenshot of it before it was removed. As you can see, it lists Killzone: Shadow Fall, along with the PS camera, for 499 Euros, and given that prices for Euros and Dollars tend to remain the same (even if the exchange rate states otherwise), it could well be the case that a Killzone + PS Camera bundle is in the offing for the sub-$500 price tag.

This is certainly the kind of price many gamers could agree to, and although it would be naive to get too excited just now, it’s something for Killzone fans to bear in mind. 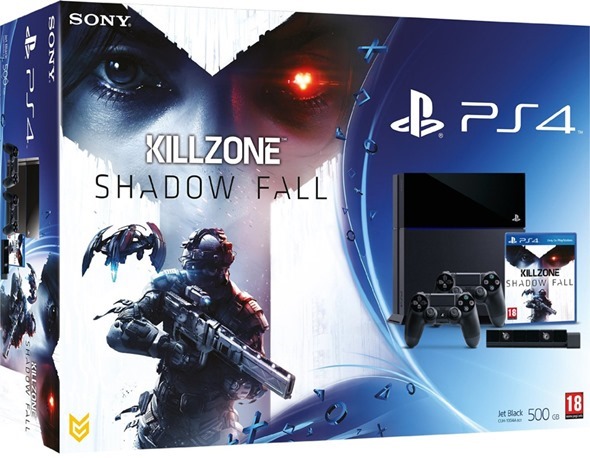 The PS4 release date was made official by Sony a few days back, with the North American market seeing a drop by November 15th. Meanwhile, those in Europe will get the console two weeks later on November 29th. With a price tag of $399 in the US, 399 Euros in Europe, and £349 in the UK, one hopes the well-priced Killzone bundle is also in the offing, allowing fans to get hold of a PS Camera on the cheap.

Thanks, Damien for the hat tip!