The Original iPhone Film Festival set out to find the best movies shot using an iPhone throughout the year of 2011, and they have just announced the winners across a selection of categories.

Original dreamed up after Apple released the iPhone 4 and its 720p-enabled video camera, the festival has grown from strength to strength ever since, and with October’s release of the iPhone 4S it is only set to get even bigger.

Thanks to the iPhone 4S and its improved camera, iPhone videographers can now create stunning short films in 1080p using just a smartphone. Add in the amazing array of video creation apps on the iOS platform – including Apple’s own iMovie – and you’re all set for creating some awesome videos. Throw in an iPad for even easier video editing and you’re golden. A full video suite in the palm of your hand. 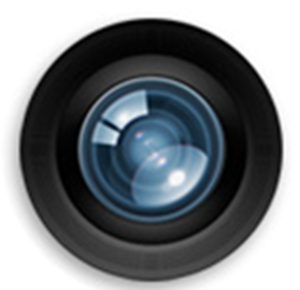 With the release of Apple’s iPhone 4, the barrier to shooting and editing was broken down and the playing field leveled.  No need to beg, borrow or steal. No need to rent an expensive camera and gear, assemble a crew or hire an editor to get your film made. Suddenly, for anybody with a story to tell, there was a powerful and accessible tool with you at all times.  The iPhone filmmaker represents the democratization of filmmaking.  It’s truly a “film studio in your pocket!”

The awards were broken down into four categories – music video, fiction, non-fiction and brand film – with a winner and two runner-up places for each category. It’s all very professional here folks! All that’s missing is Ricky Gervais with some witty put-downs for multi-millionaire Hollywood types.

There was also an OIFF grand price, with the winner being "Nancy Lee," directed by Alen Petkovic.

All twelve videos can be watched on the official Original iPhone Film Festival web site, and we highly recommend you head on over and do just that. It still amazes us what can be done with a smartphone and some imagination, though admittedly these guys are streets ahead of us when it comes to the ‘putting ideas into video’ stakes!

Congratulations to all the winners, and we’re already looking forward to seeing what the creative folk can come up with during 2012.

We’ll find out in twelve months’ time, assuming the world doesn’t end before then!