Oppo’s N1 is already a pretty interesting device, and not just because it’s not made by one of the big manufacturers that most people will be used to seeing on the release schedule. With the likes of LG, Sony, HTC and Samsung usually dominating the landscape, it’s always good to see a different name crop up every now and again.

But the N1’s story doesn’t end with simple curiosity. The handset is now officially sanctioned by Google to run a build of CyanogenMod that will now be able to come pre-built with Google’s own apps, with no need to side-load things like Maps and Gmail. Traditionally, installation of a third-party ROM such as CyanogenMod has left users having to shoehorn such apps onto the phone themselves thanks to Google’s vetting process, but Google and Cyanogen have got their heads together and the custom ROM is now all official like. 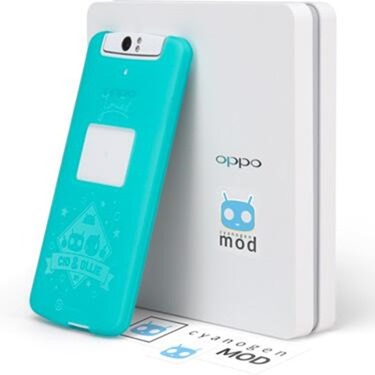 Getting to this state isn’t an easy path to follow. For Cyanogen to be able to cook Google’s apps right into its ROM for the N1, it has had to pass through Google’s CTS (compatibility test suite), CDD (compatibility definition document), and CTS Verifier. That’s a lot of acronyms and a lot of work, but at the end of it all Cyanogen is now as legit as Samsung and company when it comes to ROMs. If you just sit and think about that for a moment, it just gets more and more amazing. If you’d have told us this would happen six months ago, let along a year ago, we’d have called you a liar.

Moving forward, Cyanogen now says that it intends to launch its own smartphone with the ROM built in. The company isn’t saying who its hardware partner will be, but it’s saying that we should expect the very best hardware to be used.

Intrigued? You’re not on your own!

The Android landscape is changing considerably with this news and the fact that cheaper handsets like the Motorola Moto G are taking the market by storm. Are the days of Samsung’s big, premium handsets numbered? Probably not, but we’re interested to see how things continue to change.

Be sure to drop your thoughts on the matter too.