Earlier on this month, the Olloclip team came through with a new 3-in-1 macro lens for the iPhone 5 and 5s, and as impressed as we were with the design and features once again, we were a bit bummed that the iPhone 5c had been left out. However, it hasn’t taken long for a new, colorful 5c version to make its appearance, and with the same great, enhancing features as the corresponding version for the aluminum handsets, you can still produce some marvelous shots.

The iPhone 5s’s camera may be superior to that of the 5c, but the 5c and iPhone 5 are technically identical in almost every way. So the shot-taking experience you’re getting with the plastic model was still deemed suitable enough to be flagship over the past year, and should yield some very high caliber snaps once you attach the new 3-in-1 Olloclip. 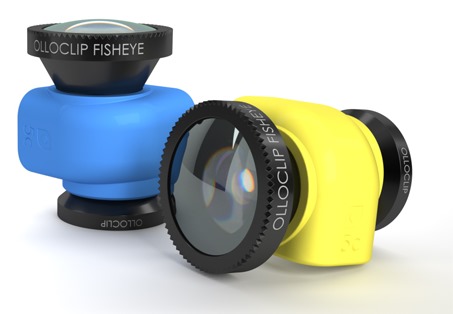 The new macro lens for the 5c is the same as the version released earlier on this month, with the obvious difference being in the finish. You get all of the colors of the iPhone 5c, so if you’re looking for uniformity, you can match your handset up with its rightful Olloclip in neon green, yellow, red, blue or white.

You don’t, however, necessarily need to match your configuration of iPhone with the matching Olloclip. If you want to live really dangerously, you could mix and match with a funkier color combination, and as you can see from the press images, some mixes work really well whilst others present something of a clash. Our personal favorite is the green iPhone 5c with a yellow lens. 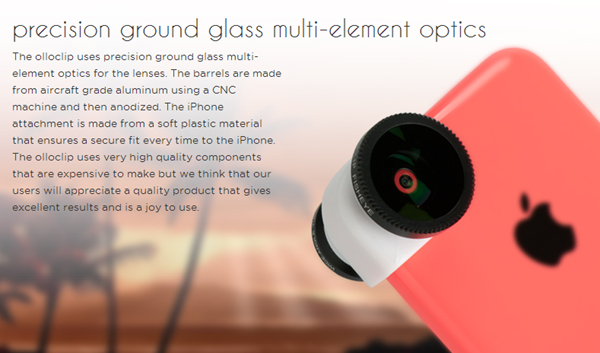 One thing that is rather good about owning a cheaper iPhone is that the accessories tend to be slightly less harsh on the wallet as well. The 3-in-1 macro lens is no different, and while the corresponding iPhone 5 / 5s version will set you back $69.99, the new Olloclip for the iPhone 5c comes in at a slightly, but still notably cheaper $59.99.

You can pre-order your Olloclip right now from the company’s website, although if you were hoping to catch some festive memories using the myriad of lenses found within the 3-in-1, you’re unfortunately going to have to wait until January, at which point shipment will commence.