It’s difficult to believe that Star Wars, one of the most iconic franchises ever to exist, has been in our lives since 1977, spanning a total of six movies so far, with more to come, and it hasn’t had an official native mobile app presence – until now. After acquiring Lucasfilm for approximately $4.05 billion back in 2012, Disney has now launched an official mobile app for iPhone and Android that acts as a mobile centric gateway to everything Star Wars.

Have you ever wanted to go ‘behind-the-scenes’ and get immediate access to fun facts relating to Star Wars? Well, thanks to the ‘This Day in Star Wars History’ feature within the app, you now can. Have you ever wanted to embrace the selfie revolution but stand out from the duck-faced crowd by visualizing yourself in one of the Star Wars iconic costumes, such as a Jedi Knight, or Princess Leia? You now can, directly from the official mobile app. 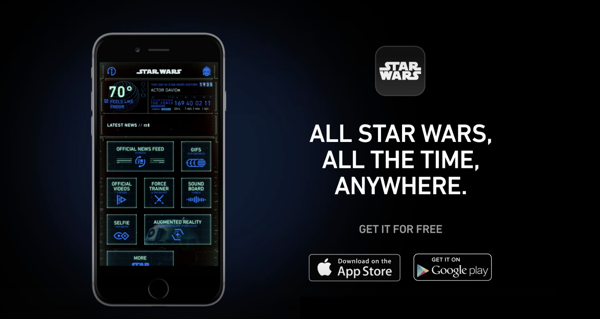 The app is essentially a single gateway to pretty much anything that a Star Wars fan could want. Instant notifications are provided relating to big announcements regarding the franchise, including immediate access to new movie trailers and news. The app has augmented reality features built in to allow 3D characters from Star Wars: The Force Awakens to be interacted with. Disney even had the foresight to engineer a Stars Wars themed weather forecast that includes five-day predictions set in stunning parallax environments of the Star Wars universe. 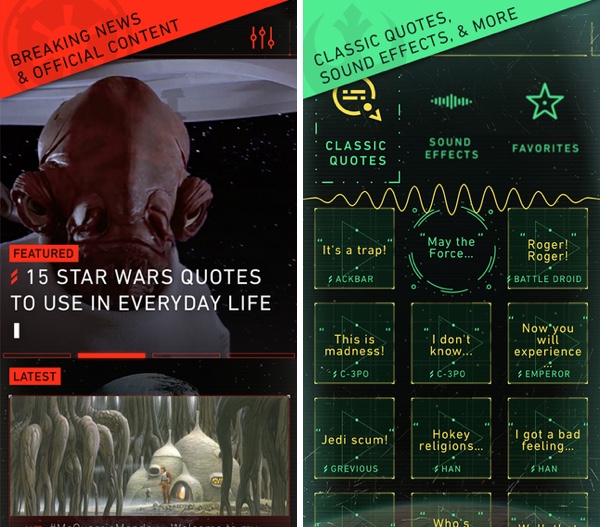 Official Star Wars news, countdowns to major milestones, access to official Stars Wars social channels, lightsaber training against a training remote, access to a growing Star Wars community, and even the ability to share animated GIFs is part of the official app that has been released today.

It may have taken literally decades to come this far, but the app is undoubtedly worth the wait and should contain something for absolutely everybody who feels giddy whenever Star Wars is even mentioned. 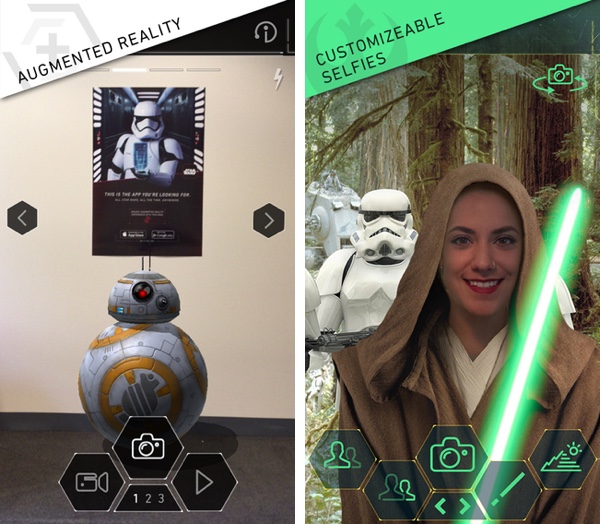 The apps for both iPhone and Android are absolutely free to download and can be grabbed from the links embedded below.