While the iPhone and Apple Watch complement each other very well, it is also apparent that Apple wants its users to bank on the iPhone for more intensive tasks, and for the most part, that makes sense. However, note taking is one aspect where the company could make some changes. One developer has decided to not wait around for that day and has released a dedicated app that helps you manually take down short notes on Apple Watch using an on-screen keyboard of sorts – without needing to use voice dictation or have your iPhone in near vicinity.

By far the fastest way for text entry on the Apple Watch is to use Siri voice dictation. However, talking to your watch is not always the best idea, nor desirable at all the times, such as when you’re on a dinner table, at a noisy place, at a meeting, or when cuddling a baby in your arms. A new app called Note Tapper tries to rectify this problem. 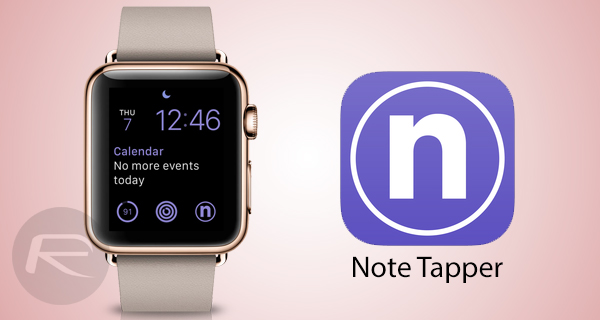 Launch the app on your wrist and you will be greeted with a big “+” button to create a new memo. Tapping that will bring up the on-screen keyboard/keypad which is controllable using the Digital Crown. 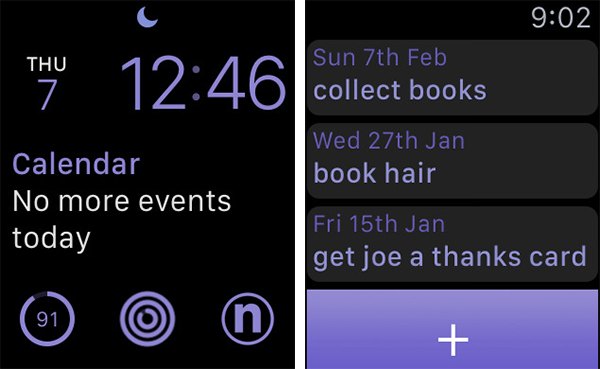 The keyboard contains all the usual keys that you will expect, including a dedicated row for numbers at the bottom. There’s also support for audible and haptic feedback for every key tap courtesy of the Taptic Engine. 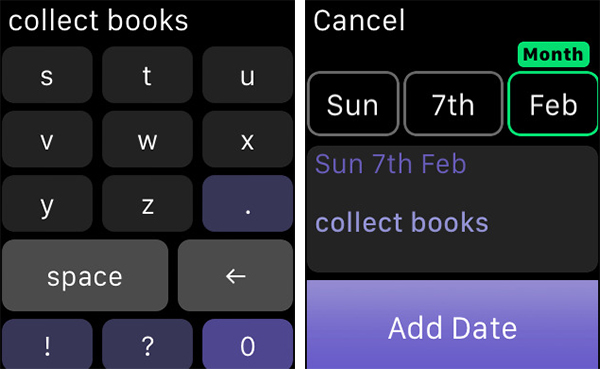 Once the desired note has been added, the app then lets you set a date for the note to help manage and organize them all at one place.

The Note Tapper Apple Watch app is designed in a way that it can be used independently of the connected iPhone. The developer has also added complication support for the watch face so that the app can be instantly launched right from the watch face without having to go through multiple menus.

Note Tapper for Apple Watch and iPhone can be grabbed from the App Store for $0.99. It requires Apple Watch running watchOS 2.0 and above and an iPhone running at iOS 9.2 and above.