Ever since the introduction of iPad to the market, tablets have become something really mainstream. It’s not like the world was devoid of this genre of gadget earlier, but the Cupertino giant’s rendition of the device made it a worldwide phenomenon, making it lucrative to even those people who’d have otherwise not found any use for a tablet PC. Jumping onto the bandwagon, Android entered the arena too, and today, there are more Android tablets available on the market than you’d care to count. BlackBerry also tried its hand at this category in the form of PlayBook, but that failed rather miserably. The last to enter the tablet PC market was Microsoft with its Surface tablet, a device truly remarkable in its elegance, beauty and hardware. Now, Nokia is aiming to dethrone Surface as the top Windows RT tablet, coming up with its own Windows-based tablet that comes with a battery powered keyboard cover.

According to TheVerge, Nokia’s Windows RT tablet might hit the shelves some time in early 2013, and is rumored to be sized at 10.1” (pretty standard for decent tablets these days). It will reportedly also feature HDMI and USB ports, and might also come with 3G/4G LTE connectivity – something amiss from the original Microsoft Surface.

The highlight of the Nokia Windows RT tablet, the nomenclature for which yet remains a mystery, is going to be its Surface-like keyboard cover with an embedded battery pack. This additional battery will allow you to charge your device on the go, extending the mileage that you’ll get on the move from your tablet PC. The cover is supposed to double as a touch keyboard and a kickstand, and will also contain two further USB ports for your peripherals. Battery longevity is currently being pitched at 10 hours per full charge. 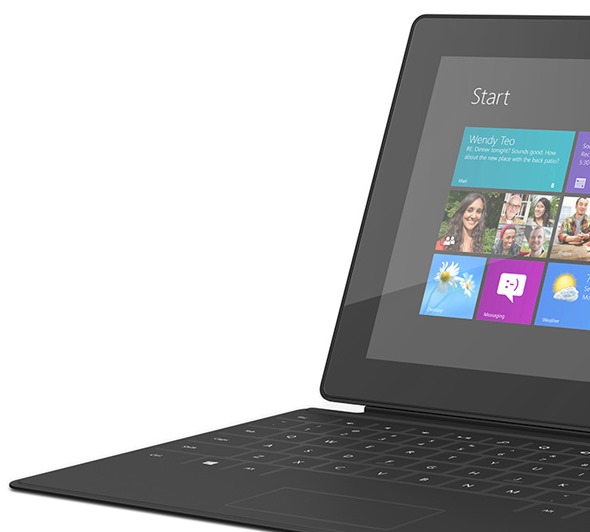 Entering the tablet business at this point might be risky business, considering that Nokia’s business model isn’t really a thriving one at present, and despite the fact that with the Lumia lineup of handsets, Nokia hold Microsoft’s official partnership for Windows Phone 8, it may not make much sense for the Finnish manufacturer to take on Microsoft – the maker and retailer of Surface – in a head-on battle for the better Windows RT tablet. Perhaps it would do well for the company to wait it out and focus of Windows 8 portable PCs in about a few months’ time. However, if the rumors of the new Nokia Windows RT tablet are true, only time will tell whether the move plays out in favor of the once-largest smartphone manufacturer, or backfires.

According to TheVerge, official comment from Nokia was unavailable on this unconfirmed news.