Nokia Music opens the door to what is actually a pretty gratifying music listening experience, and with the app having found a good home on Windows Phone smartphones, a version has just been released for both Windows 8 and Windows RT. As part of Nokia’s continued coalition with Microsoft, the Finnish company is also working hard to raise once more its own profile, and although there is plenty of competition in the streaming music game, Nokia Music fans – including this one – will be pleased to see accessibility stretched to other Windows devices and machines.

Windows RT has, like Windows Phone, had a bit of a rough ride thus far, and although the devices on which the software runs – including the Surface RT – have proven to be more than capable, the problem lies once again with the lack of app support. As with Windows Phone, there’s a distinct lack of apps for Windows RT as well, but in ensuring support for the tablet variant of the Windows ecosystem as well as the main one, Nokia has not done what some developers have been doing, and cast Windows RT to one side. 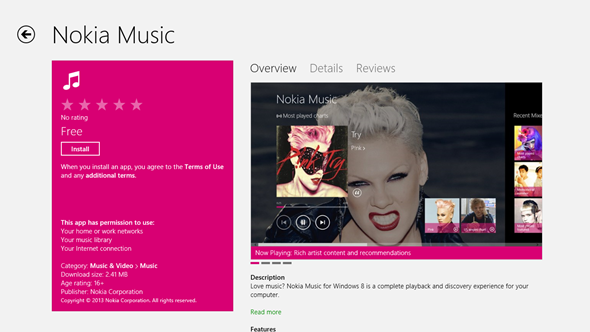 Of the app itself, it’s a definite win for music fans, being the most recent chapter in Nokia’s big push of its Lumia-specific Music+ service. New users are treated to a free trial of Music+ within the app, but will of course need a subscription to enjoy all of the benefits. If you’re just a casual user, you can use the app to play through your own library of tunes, with the app’s description promising to "give you all the same great discovery and rich artist information" to accompany the listening experience. 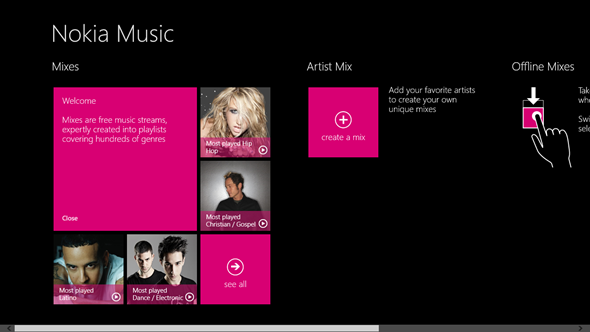 Those with a Nokia Music+ subscription can stream / download from any of the vast library of 20 million tracks, and with hundreds of pre-made playlists spanning a deluge of genres, you’ll never be stuck for new content to listen to. 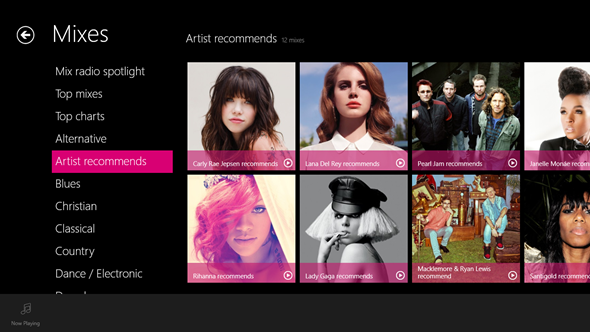 The app is currently only available to those residing in the United States, United Kingdom, Ireland and Australia, but expect to see the services trickle out to numerous other Nokia Music+ enabled areas in the coming weeks and months. If you’re a music fan who wants their music needs handled by Nokia, then this app is your best bet.