There have been so many media and press events held by technology companies recently that it’s extremely difficult to keep up with what has been announced and what we can expect to see imminently hitting the market. At the extremely recent event, that was dedicated to all things mapping, Nokia took the opportunity to announce their intention to release their Nokia HERE Maps app onto the iOS App Store to allow iPhone, iPod touch and iPad users to feel like a local wherever they are in the world. The Finnish company have stayed true to their word with the HERE Maps app now available as a free of charge download for iOS users.

The name of the app may leave a lot to be desired, but the rebranded experience of the company’s existing maps service will definitely be welcomed by a host of iOS device users who have felt a little let down by the much criticized native Maps app that comes bundled with iOS 6. Here Maps contains pretty much everything you would expect from a modern mapping solution, and although the aesthetics don’t quite match Apple’s own creation, Nokia has certainly managed to build a solution that contains all of the vital ingredients for a functional service. 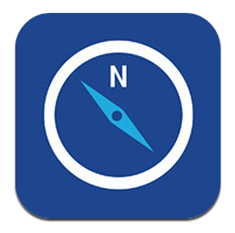 One of the most welcomed features will be the ability to save map areas locally to the device which is a feature that allows users to cache areas of interest prior to actually making a journey, just incase their is a lack of Wi-Fi or cellular data service along the way. Multiple map views are also available within HERE Maps, including the standard terrain view, live traffic view, satellite view or public transport line view, all of which provide in-depth information about the particular area being viewed. 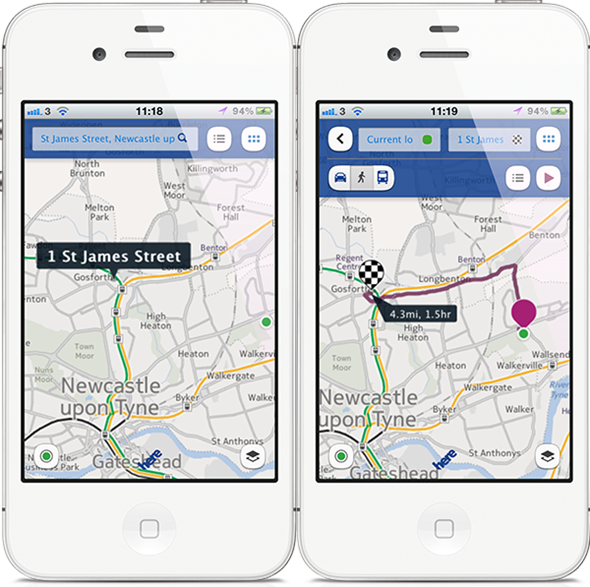 Community maps that have been created and uploaded by individual users are also available in specific countries, bringing a whole new level of intricate information to very localized regions that may be visited. Nokia has also taken the opportunity to bundle in some social sharing features that allow users to share areas of interest as well as navigation information through various social networks as well as through the native Messages app on the device. 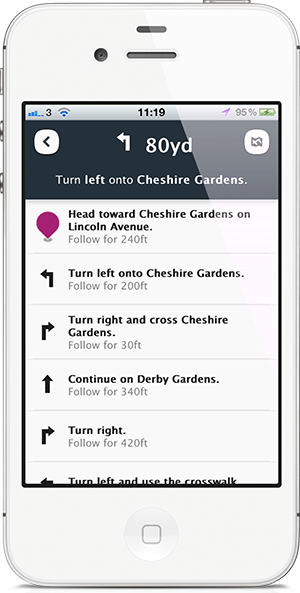 (Source: HERE Maps for iOS on the App Store)