Since the release of iOS 6, the flaws of the Maps app have stood out like a sore thumb in an operating system which, otherwise, is fairly polished. When it first made its appearance along with the iPhone 5 back in September, people were tripping over themselves to pour scorn on an implementation which was supposed to be the center piece, but following an apology from Apple CEO Tim Cook by means of an open letter, the issue has petered out as consumers have sought alternatives.

With Cook himself quite nobly recommending alternative mapping apps from rivals, the current state of iOS Maps presents a great opportunity for the likes of Microsoft, Google and Nokia to really cash in. As the wait for a reinstatement of the Google Maps app for iOS continues, Nokia has chipped in to the debate with an offering of its own. "HERE," which is free of charge and will soon be available to those wielding an iPhone, iPad or iPod touch, or an Android device, is described by the Finnish company as “the first location cloud to deliver the world’s best maps and location experiences across multiple screens and operating systems.”

There’s no word on exactly when it will be hitting the App Store or the Play Store, but from what we’re hearing, it will be jam-packed with numerous features. As well as offline capabilities, there will be "voice-guided walk navigation," along with "public transport directions.” It’s based on HTML5, so we’ve a slick experience to look forward to, and the fact it’s free is just the tip of the iceberg.

The real question on everybody’s lips is whether it will provide a good alternative to the one Apple offers by default. People will only use a third-party offering if it’s a great deal superior to what they’re already used to, but with Nokia’s mapping résumé a great deal more impressive than that of the Cupertino company’s, it seems as though the Lumia maker is about to deliver the first serious alternative since iOS 6 released. 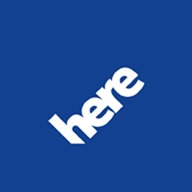 We’ll let you know as and when HERE releases, so stay tuned!