You have to jump back to the turn of the century to remember a handset that managed to define a generation: the Nokia 3310. We all loved it. We all had one. We all played Snake on it. And now, thanks to some marketing genius from within Nokia,  the 3310 is back with a modern twist ready to take on the big boys of the current age.

The original 3310 was the perfect device to sum up Nokia’s early dominance of the mobile industry. Launched back in 2000, the masterpiece managed to shift more than 125 million units across the world before the end of the year. It’s fair to say that Nokia’s recent fortunes have been mixed at best. As it continues to struggle and compete against companies like Apple, Samsung and HTC it became increasingly evident that a power move was needed to put the Finnish company back on the map. Taking its most successful device, revamping it and powering it with the brilliant Windows Phone operating system is that power move. 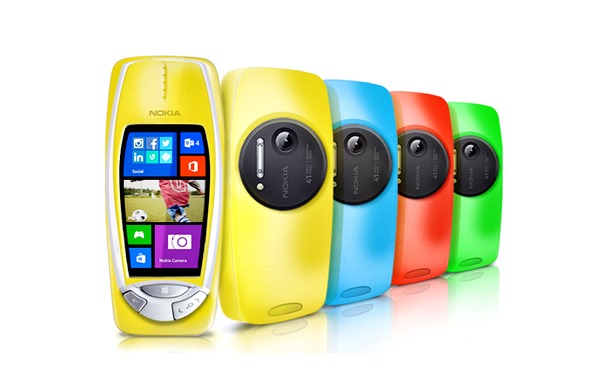 Design inspiration was clearly not needed for this project. Nokia’s aesthetic departments have taken the original 3310 design and regurgitated it in a variety of beautiful colors. A phone that manages to capture the hearts and memories of so many users deserves to be implemented the very best in mobile camera technology, which is why this beauty will ship with Nokia’s powerful 41-megapixel PureView module embedded in the rear, the very same one found in the Lumia 1020. Regardless of the chosen color, the device will ship with Windows Phone 8 out of the box, powered by an impressive dual-core processor. 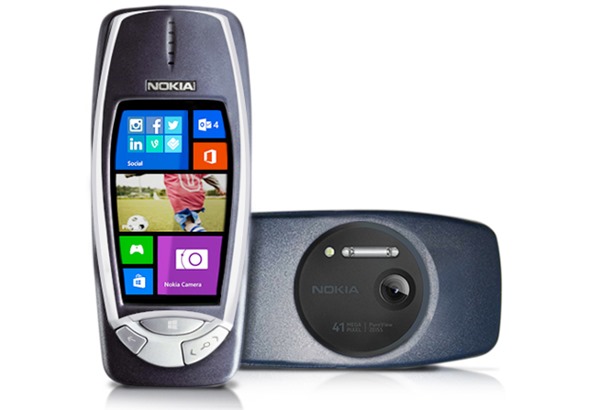 The included 32GB of on-board storage means that users will be able to store an almost unlimited number of contacts. The modern 3310’s 2GB of RAM will also ensure that high-intensity operations such as Snake multiplayer or implementing polyphonic ringtones can be enjoyed without any interruption.

Nokia has so far refrained from putting a price-tag or an individual territory release date against the device, but let’s be honest, is there any price we wouldn’t pay to have this in our lives? 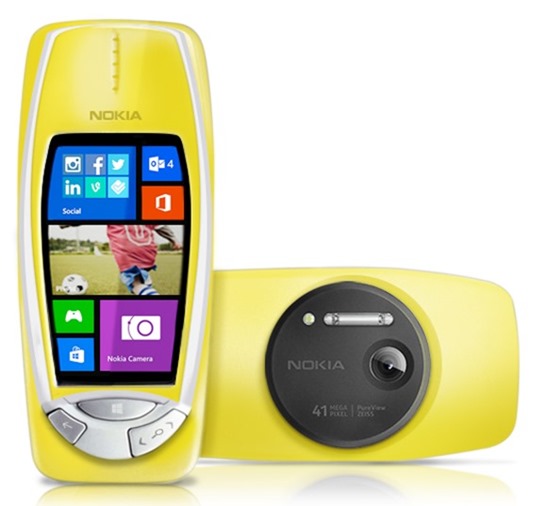 Ladies and gentlemen, boys and girls, we give to you the Nokia 3310, a special phone for a special date.