What’s better than a paid iOS app going absolutely free? A beautiful stargazing app being offered free of cost, one which usually retails for $1 on the App Store, and has even touched $4 at one point. This one is a definitely a keeper for anyone, and we show you why.

If you’re familiar with the concept of Google Sky, forget it, Night Sky 4 should be the pick of any avid stargazer who happens to use an iPhone or iPad. Packed with a plethora of functions to become your go-to app for locating stars, planets, constellations, comets, satellites etc., sure you’ll be overwhelmed, but it’s how beautifully the app is designed that really brings out that awe. 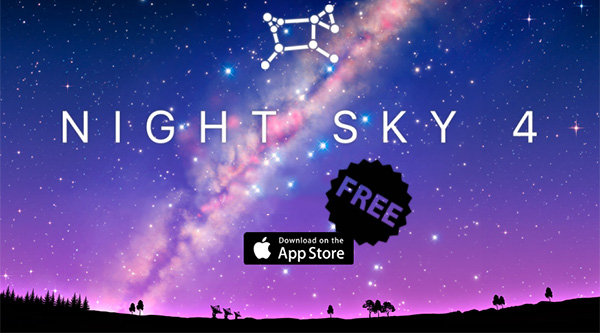 For the uninitiated, Night Sky 4 lets you point your iPhone or iPad up into the sky telling you exactly what it is that you’re seeing up there at that particular time in the void of space. Of course most of what you’ll be shown is invisible to the naked eye, but if you have a real passion for the cosmos, it really is cool to know where to stand under the sky.

But that’s not all what Night Sky 4 is on the lookout for. Sure knowing where a planet or a star is, is quite fascinating, but any casual stargazer would get a real kick out of an animated object in the sky. Yes, satellites orbiting the earth, so if you want to know when you can expect the International Space Station to pass across the sky above you, you can track it in real time using Night Sky 4.

Quickly identify Stars, Planets, Constellations and Satellites above by simply holding your iPhone, iPad or Apple Watch to the Night Sky! This is all done magically. Whether you are looking for a constellation or the International Space Station, let Night Sky 4 direct you to it. 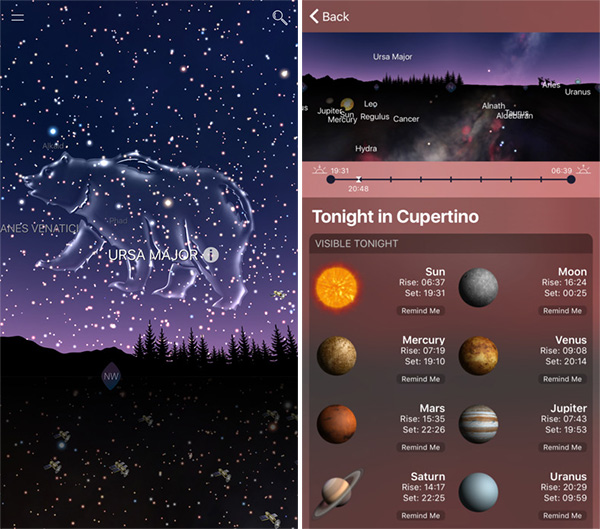 Pretty cool no? Well, if you have an Apple Watch, you’re about to have a pretty insane experience as well thanks to Night Sky 4’s support for Apple’s wearable running watchOS 3. 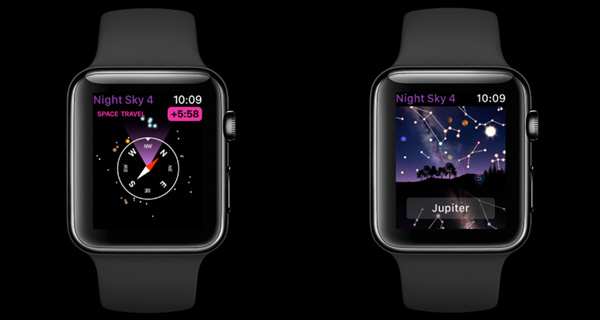 Simply raise your wrist to the sky to quickly identify stars, planets and constellations! As you lower your wrist you are presented with a Celestial Compass which gives you an overview of all the Stars and Planets currently visible around you. Use the Digital Crown to Space Travel forwards or backwards in time in Sky View and on the Celestial Compass.