Although we’re in the middle of an Apple related mayhem with their earnings report to Wall Street and the final release of OS X Mountain Lion to the Mac App Store, we mustn’t forget what is going in other parts of the technology world. It wasn’t that long ago when the Google team took to the stage during the first day of the I/O conference in San Francisco and introduced us all to the Nexus 7 and the Nexus Q hardware. In the weeks following much after the event, it seems to be the former device which is getting all of the attention, but the Nexus Q is getting its game up in the form of a dedicated app for Android devices.

The app itself is the software required to setup the Nexus Q in the user’s home and has been given the update treatment by Google in order to allow users running earlier versions of the Android operating system to install and run the package. As well as the additional support for earlier Android versions, 2.3.3 and up, build number 1.0.8.406084 of the Nexus Q app brings with it some improvements to the social mix mode. The reviews on the Play Store that have followed the update show that it has been an extremely positive release.

One of the main reasons why the Nexus Q might not have been gaining much traction is the fact that the previous version of the official app didn’t really offer support for many devices, with the hope being that offering support for Android 2.3.3 Gingerbread and above will convince more users to adopt the Nexus Q in their home. When users download and install the app from the Google Play Store, it works with the current versions of Google Play and YouTube to allow music, TV shows and videos to be streamed directly to the Nexus Q for playback on an HDTV. 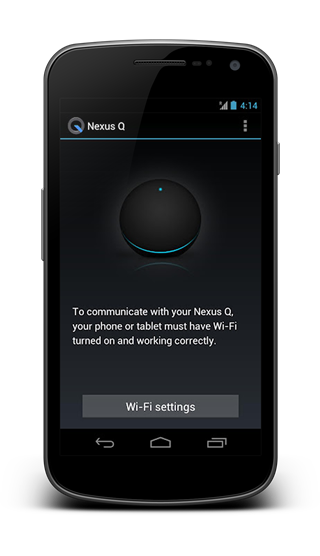 Opening and running the app basically forces the applications to offer a new streaming feature that connects to the new hardware. The app automatically picks up the running Nexus Q hardware in a room, with the device itself being used to control media equipment such as televisions, speakers and audio visual systems. One of the promoted benefits of downloading and using the Nexus Q app is that it doesn’t necessarily require you to personally own the hardware as it can be used with any Nexus Q device, regardless of ownership. 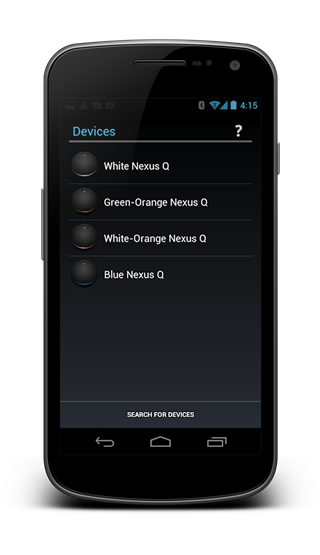 Google will be keeping their fingers crossed and hope that the Nexus Q will become as popular as the Apple TV which is strangely classified as a hobby by the fruit company itself. In the meantime, the updating of the official app to support earlier versions of Android is definitely a positive move.