Apple is widely expected to launch two new iPhones next month, the iPhone 6s and 6s Plus. But what about the speculated iPhone 6c that would appeal to the more cash conscious consumer? A number of reports have suggested that the Cupertino company will introduce a third device alongside its revamped iPhone 6 range. This rumor has yet to be officially put to bed by a representative of Apple, but a number of entries in a set of developer logs have given the clearest indication yet, that an iPhone 6c doesn’t exist.

Mobile marketing company Fiksu has reported that two new iPhones have shown up in its data logs, containing the iPhone 8,1 and iPhone 8,2 identifiers. Apple’s current iPhone 6 models carry the iPhone 7,2 and iPhone 7,1 identifiers so it’s natural for Fiksu and anyone reading the web traffic logs to assume that the two new identifiers represent the speculated iPhone 6s and iPhone 6s Plus devices which have been slated for a September launch. What’s interesting is that there’s no sign whatsoever of a third new identifier, making us believe that the iPhone 6c is nothing more than fabrication. 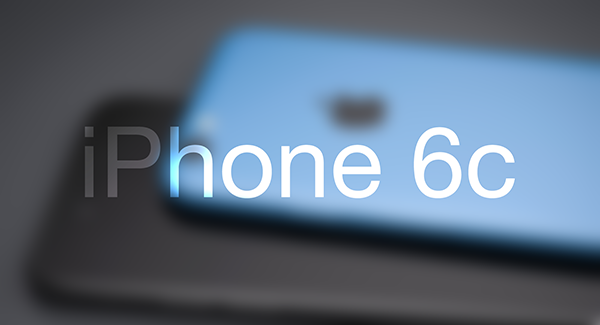 The data contained within the the web logs also show the two new iPhones interacting with a slew of popular apps available via the App Store across a number categories; namely travel, gaming and lifestyle. It’s also interesting to note that the majority of the traffic is coming from the United States where it’s natural to assume Apple would be testing any new device. With that said, the iPhone 8,1 and iPhone 8,2 identifiers also show up as being used a fair bit in Germany and Brazil. It’s by no means concrete evidence of what Apple is planning this coming fall, but it does raise the excitement levels for what we could be about to receive.

A number of analysts and leak specialists with a high degree of accuracy still seem to be adamant that Apple will introduce a third device alongside the iPhone 6s and 6s Plus. The fact that a third identifier doesn’t show up in the logs doesn’t explicitly mean that a lower cost 6c device doesn’t exist, but it does seem strange that while both of the guaranteed devices are present and correct, the 6c is nowhere. With September 9th looming, we don’t have that long of a wait to see what Tim Cook and his team have in store for us.