New Video Shows The Inside Of Mysterious Apple Vehicle

Apple’s mystery minivans have started to pop up across the U.S. in a number of locations, and it was just yesterday when we got a glimpse of one roaming in the streets of Palo Alto. Today, said minivan was spotted once more in a new location, and one certain individual was swift enough to record an up close video of it, before Apple’s secret Dodge Caravan drove away.

We first got a glimpse of Apple’s secretive minivan a while back, when one was spotted roaming in the streets of San Francisco, with camera gear mounted on the top of its roof, suggesting that Apple could be working on its very own Google Street View incarnate. Some reports even went on to state that these minivans could be a test-bed for Apple’s upcoming iCar. 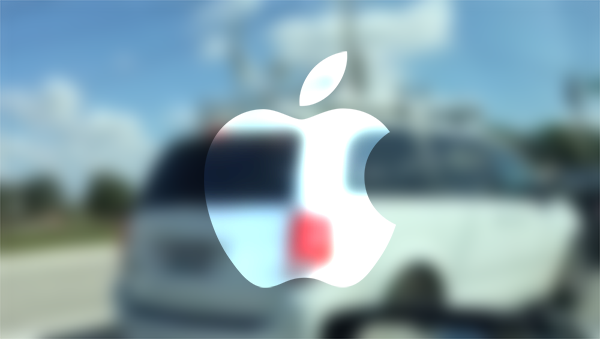 A video obtained by Apple Insider was shot in Coral Springs, Florida, and shows us an up-close view of Apple’s white minivan housing the camera equipment on its roof. Although we can’t get a good peek inside the minivan’s cabin, but one thing is clear here: it’s a two man operation, with one person being the driver itself, and the other jotting away on a tablet what can only be assumed to be an iPad mini. It’s believed that the person manning the tablet is monitoring the data being gathered using the equipment on the roof of the vehicle.

Apple Insider notes that new vehicles are usually tested in such a manner, and includes a team of two individuals – as can be seen in the video – with one driving through the country using pre-defined data points, and the other person monitoring mileage, technical and other unforeseen issues. The report goes on further to state that Apple’s minivan has been spotted in Wisconsin, Hawaii, Panama, and of course San Francisco and Palo Alto, as we mentioned above.

The iCar has been reported as a product that Steve Jobs had envisioned even before the launch of the original iPhone, but there has been no real confirmation of the vehicle as yet, with information coming in as part of leaked bits and reports.

Apple is reportedly planning on developing a self-driving electric car from the ground up, and is said to take Tesla head-on.