Sony has gone to great lengths to gatecrash the Xbox One launch event by showcasing its PlayStation 4 right atop the ceremonious entrance of the next-gen Microsoft console, and to further push the PS4 envelope, the Japanese electronics giant has just introduced a new video showing off some of the machine’s features. Included in the new clip are some glimpses of the next-gen user interface, a look into how the so-called video sharing feature will work, as well as insight into game downloads. Check out the details, as well as the video, after the jump.

PlayStation 4 Vs. Xbox One; it’s already turning into a fairly divisive topic, and only the furor surrounding iOS 7 has prevented it from turning into a full-scale massacre of the column inches, but as we head towards the fall release of these two titans, there’ll be plenty of tit-for-tat not only between Sony and Microsoft, but the fanboys that so worship the consoles of the two companies.

When Sony first announced the PlayStation 4 back in February, it left a lot to the imagination, but the company is more than making up for the wall of silence now, with a whole host of interesting video clips as well as the big demonstration at last week’s E3 expo.

This latest video is in the same vein, although gets down to the nitty-gritty at times by offering an insight to a low-power state, which PSP / PS Vita will instantly recognize. In essence, it allows gamers to resume sessions without the lengthy load times, and considering how the market will have accustomed itself to instantaneous gaming thanks to the development of the mobile industry over the past couple of years, it’s a smart move. 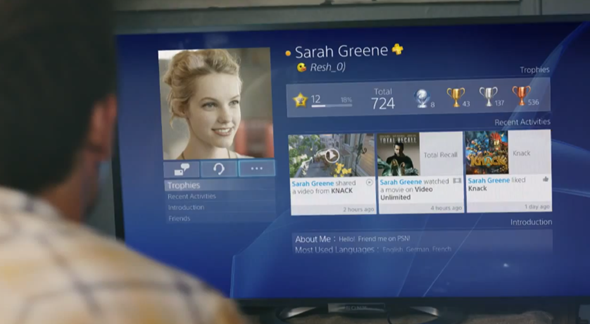 Sony has already revealed that gamers will be able to enjoy titles as they’re downloading, and while, as the video shows, this isn’t a strictly instant process, users will be able to queue titles by priority, meaning the content they wish to access first can be moved to the top of the pile.

Check out the full video embedded below, and be sure to share your thoughts and comments via the usual mediums!