New In iOS 10: Magnifier Feature Can Turn Your iPhone Into A Magnifying Glass

You may have watched the WWDC Keynote, and you may have paid keen interest to the top ten new iOS integrations that were presented, but you didn’t think that was it, did you?

Apple may have chosen to focus on what the company believes are the top ten most notable feature improvements with iOS 10, but the platform is literally packed full of smaller, but still extremely important changes. One of those new additions, which of course didn’t make it into the opening keynote, is the new Magnifier feature that lives within the iOS 10 Accessibility settings. 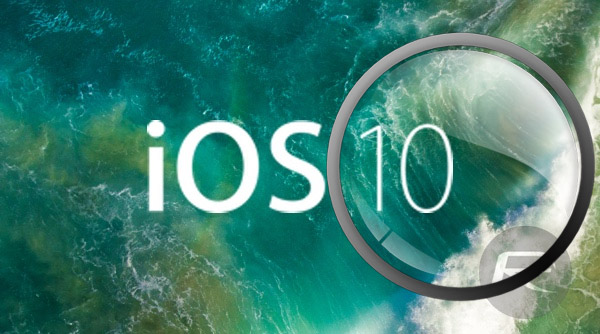 iOS Accessibility options have been expanding in recent years, and rightly so. There are too few developers actually paying attention to users who may have unique usage needs, such as ‘Voice Over’ for the visually impaired. Thankfully, Apple does a very good job of baking these features into the core of the operating system so they can be invoked and used at any time when activated.

This latest addition lets users utilize the services of the iPhone or iPad camera to quickly magnify things, which is delivered through a custom camera user interface that is entirely separate to the main Camera app.

The aforementioned custom user interface mainly makes use of the iPhone display to act as a view finder, allowing the user to see exactly what’s in view. It can then be moved to the content that the user wants to actually magnify and get a closer look at. Additionally, the baked-in UI also contains a number of controls that provide a little additional power to the experience.

There’s instant access to a flash for low-light magnification. There’s also the ability to lock focus and take a freeze frame if required. There is also an icon that’s been grabbed from the native Camera app and instantly makes you think it is to apply filters. However, the icon allows users to adjust contrast and brightness to more easily view the content. And how can we forget, the good ol’ zoom slider to zoom in and out. 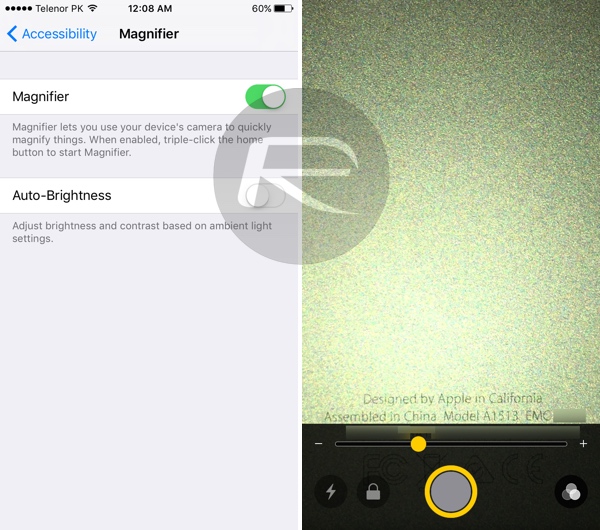 Those wanting to try out the new Magnifier feature in iOS 10 can activate it by launching the stock Settings app and navigating to General > Accessibility > Magnifier and toggling the switch to the On position. It is then a case of triple pressing the Home button to invoke the feature.