Facebook today launched the ability to tag Pages in photos, just as people can be tagged already.

In a post on Facebook (oddly enough) the company outlined the new feature which it believes will enable people to ‘share richer stories’. We at Redmond Pie aren’t quite sure what they mean by that, but we’ll give them the benefit of the doubt on that one.

Starting today, people have the ability to tag Pages in their photos on Facebook in the same way they can tag their friends. Photo tagging for Facebook Pages enables people to share richer stories with friends about the things they interact with in the real-world, such as businesses, brands, celebrities, and musicians.

A Page can be tagged anywhere that someone can view a photo in the photo viewer. These photos will appear on the Photos tab on the Page, and not on the Wall. In addition, a Page can be tagged by anyone on Facebook, not just people who have Liked your Page. 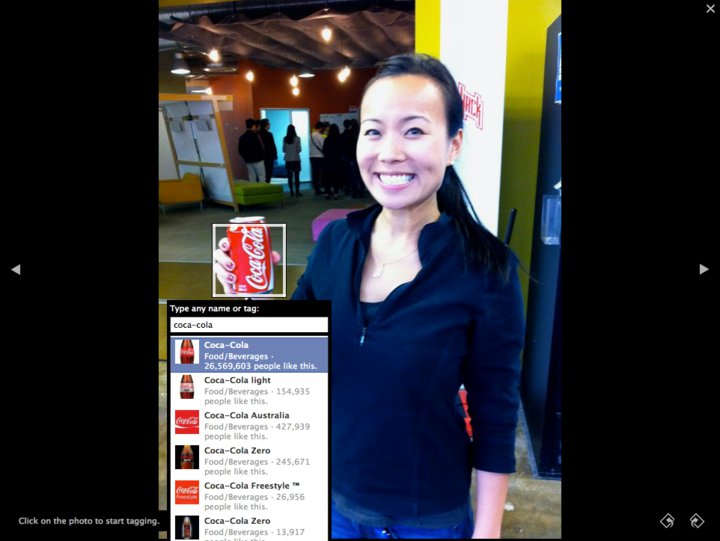 Exactly where Facebook is going with this, we’re not sure. Is there a benefit to having the ability to be able to tag a Coca-Cola can’s Facebook Page when you see a coke can in an image? Well, no, not really. Unless you’re going to use that data to be able to find things that is. Imagine search where a user could request all images that contained a Coca-Cola can, or an iPad for example. Still potentially useless, but also potentially invaluable to the right companies.

Unfortunately it seems the feature isn’t quite working yet. A skim through comments on the announcement page reveals nothing but fail.

We’re sure Facebook will iron out any problems in due course, though we still can’t help but feel the biggest problem is a simple one – this is a feature that nobody wants.