NBA JAM, that classic basketball simulator from way back in the 90’s, has finally been ported through to Android, having been present in the App Store for the best part of a year.

On mobile devices, games can often be separated into four categories – the good games, the bad games, the nostalgic games, and the physics-based puzzlers. NBA JAM is certainly one to draw out that inner-child, bringing the familiar big-headed sports title back into the mainstream.

You can compete as your favorite player from all 30 NBA teams in an over-the-top (yet highly enjoyable), 2-on-2 arcade basketball game. Even if you never got to play the old classic version, this game will likely reel you in quickly, and with plenty of unlockables and achievements, you’ll be hard pressed for a reason to put it down.

Created by none other than Electronic Arts, the release notes read:

3 modes of play let you ball the way you want:
• Play Now – Select a team and jump right into the ballgame.
• Classic Campaign – Defeat all other teams to win the championship, and unlock legends, hidden players, and outrageous cheats.
• Local Multiplayer – Go big head 2 big head against a friend via local WiFi or Bluetooth

Having spent quite a while enjoying the iOS version, it was great to see just how well polished the game is, and how enjoyable it can be to play with some of the hidden characters. Like most arcade-y games, you can enter a three-letter initial as your name, and by entering, for example, DEM, you unlock Barack Obama and Joe Biden, both of whom somehow still manage to keep up Kobe. 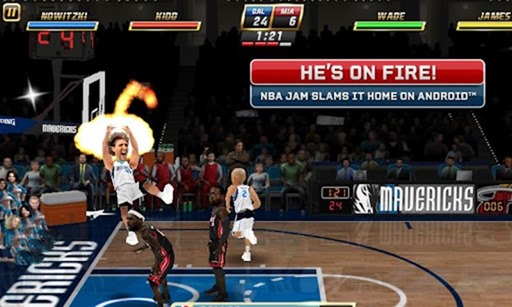 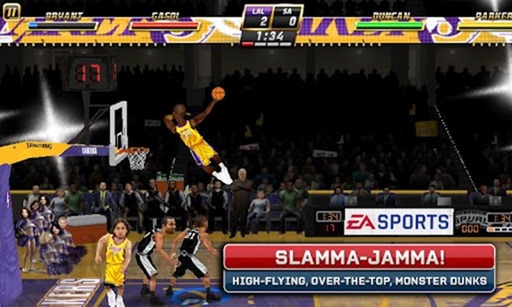 It costs $4.99 over at the Google Play Store, but as you would expect from EA, you get quality for your dollars. At 300MB+, the publisher recommends connecting via Wi-Fi before downloading NBA JAM – sound advice which we would most certainly co-sign. 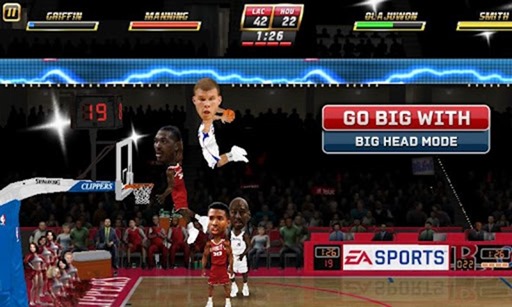 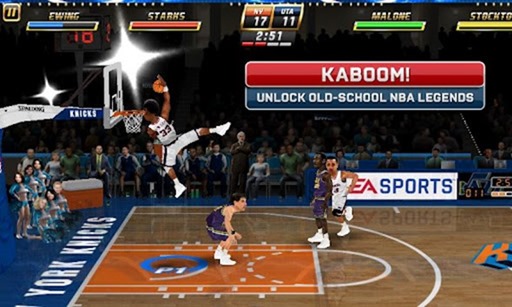