In the gaming world, Assassin’s Creed is kind of a big deal, and if you like your stealth/action adventure titles, then it’s more than likely you’re a fan of the series. Sure, it doesn’t manage to garner the same kind of following as your Halos and Call of Duty(s) of the world, but it’s certainly not far off, and naturally, Assassin’s Creed III is one of the most hotly anticipated future titles on the horizon.

Gaming has changed quite spectacularly over the last few years, and as the quality has vastly improved, the amount of time between versions has also become stretched. Developers and publishers have tried various different techniques in order to keep gamers interested while the meticulous piecing together of titles can ensue, and dropping the occasional teaser trailer seems to be hitting the spot just fine. 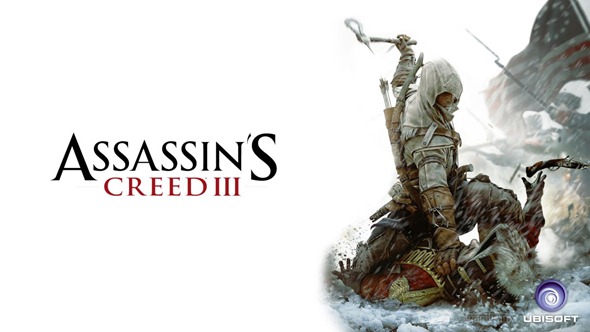 With that ethos in mind, a new trailer of Assassin’s Creed III has just been released, and although followers of the series thus far will have become accustomed to trawling through snow covered plains or leaping between building to building in Boston like some kind of Superman, Assassin’s Creed III will change things up, taking the new protagonist, who goes by the name of Connor, into the high seas:

If you’re an Assassin’s Creed nut who isn’t completely sold by the idea of a naval battle, spare a thought for the Call Of Duty Fans who’ll be embarking on yet another quest identical to the past. Yes, those behind Assassin’s Creed have taken a risk by changing things up constantly, but it has paid dividends thus far, and the move is likely to render the third iteration a success once again.

If the new direction works out okay, it could certainly be the very best iteration of Assassin’s Creed to date, and the cinematic trailer would have done anticipation for the next volume in the series no harm whatsoever.

Assassin’s Creed fans, what are you making of this trailer? Are the aquatics a suitable change of direction, or do you see it as a destined to fail? Please leave your comments via our Facebook or Google+ pages, both of which are linked to below.