Microsoft’s Kinect peripheral has only been on the market a couple of years, but its phenomenal sales in that short space of time is testament to how much we love that kind of interaction with our consoles. Wouldn’t it be wonderful, though, if that same ethos was applied to PC or Mac? The MYO, a peripheral created by Thalmic Labs, makes this a reality by allowing simple gestures to be used in controlling a computer or notebook.

It is strapped around the arm, just below the elbow, and offers a deluge of different controls. One can, for example, slip through pages on a document by swiping in the air with two fingers, pause something by making a clenching gesture, or even play a favorite FPS title by pretending to lift a gun from over one’s shoulder. 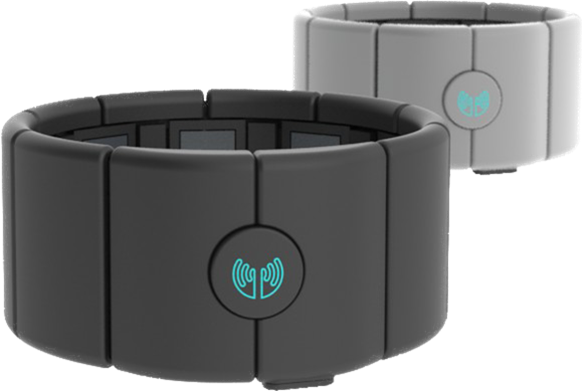 But, how does it work? Well, whenever you make any kind of movement, electrical signals pass through your arms, and the MYO’s sensors pick up on these and translate them into commands. So if, as demonstrated in the below video, you’re in the kitchen preparing a meal, and like to use your MacBook to catch up on a TV show you’ve missed but don’t want your greasy, sticky hands to touch those keys, you can – using the MYO, simply apply a gesture. It’s as if by magic:

It is claimed the MYO works out of the box for those on both Windows and OS X, while APIs for both iOS and Android are also in the works. If you want to get your hands on the MYO, it is available to pre-order right now, and each unit costs $149. Head over to: GetMyo.com/Preorder

They are in limited supply, so don’t wait around if you would like to take the gesture’s you’ve learned on the various consoles and apply them to your computer. Shipping is expected to begin later this year.

Of course, while the demo looks good, it’s hard to tell just how efficiently the sensors are at accurately picking up the signals, so it’s something you may want to consider before parting with such a significant amount of money. On the face of it, though, it looks good, and if you want a new gadget this year but cannot afford the price of Google Glass, this may just be the one.