The Xbox 360 may be something of an ageing console, but nonetheless, Microsoft has still been working very hard in updating and improving the experience year by year. What started out, with the original Xbox, as a strictly gaming machine, now boasts a plethora of content, and as well as an extensive number of streamed feeds available, deep integration with mobile devices has become something of a necessity.

The My Xbox LIVE app for iPhone and iPod touch has allowed Xbox 360 users to remain engaged with their entertainment hub while on-the-fly, allowing achievements to be checked, Xbox LIVE friends to stay connected, and the all-important 3D Avatar to be changed. As well as that, one can offer reviews of recently enjoyed games, compare progress with friends, and access Xbox Spotlight feeds, which offer as-it-happens news from Xbox LIVE as well as tips and tricks.

Today, said app has been dealt a generous update, and among the usual array of bug fixes and performance enhancements, it is also compatible now with the iPad. The Cupertino company’s tablet currently dominates the market, and now one can pick up their prized slate and begin interacting with their Xbox LIVE content, even if the Xbox is catching a break.

The iPad, like its smaller counterpart, can not only be used to keep engaged with friends and achievements, but can also be utilized as a remote, allowing content to be played, paused, fast forwarded and rewound by means of the media controls. 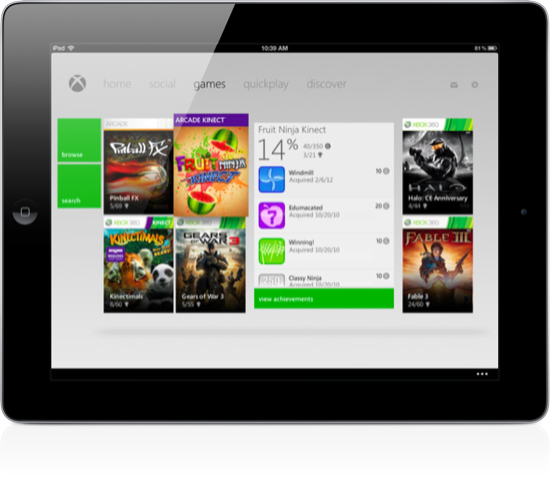 As you can see from the screenshots, it looks just as beautiful on the larger display, although given Microsoft’s current form for delivering a slick interface or two, this should be of very little surprise. It takes full advantage of the hospitality offered by the additional real-estate of the 9.7 inch screen, and if you’ve got the third generation Retina device, it looks, as you might expect, sumptuous. 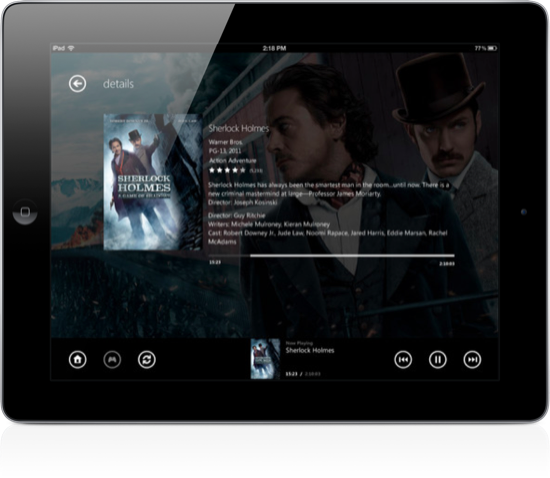 It’s absolutely free to download, and can be grabbed via the link provided below.