When Apple announced iOS 5 during its WWDC keynote last week, one of the many new features was a completely revamped way of managing notifications, dubbed the ‘Notification Center’. 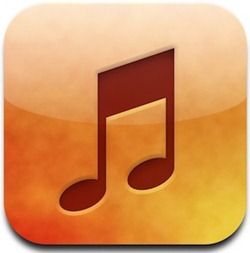 While the improved handling of the umpteen calls, messages and push notifications was received to rapturous applause, what many seem to have overlooked is the inclusion of a new system for handling widgets.

Pre-installed widgets are the Stocks and Weather variety, but we think it’s a fairly safe assumption that Apple will open up the widget framework to 3rd-party developers – and that excites us. A lot.

As if to prove our excitement was justified, the iOS jailbreak community set about ripping apart the newly released beta and discovered just how the widgets work. After that the inevitable happened and we started to see new widgets pop up in the Cydia jailbreak store.

One of the new and as-yet unreleased widgets is from a clever fellow who goes by the name of @WrightyCS on Twitter. What he’s put together is a nifty little widget to show the current song that is playing in the Music app.

While not exactly full-featured at the moment, MusicCenter will soon offer a button for tweeting the track name as well as well as music controls. 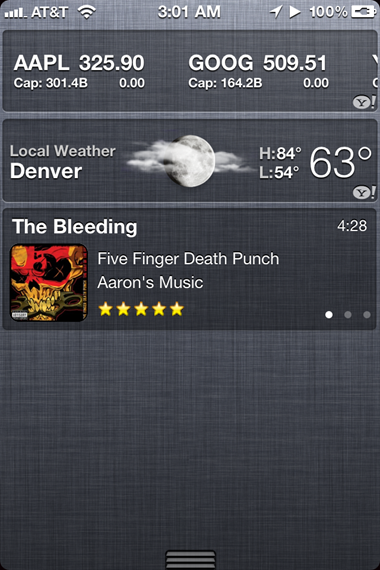 The best part? MusicCenter will be free when released to the public.

iOS 5 will be available to the public some time in the Fall, with the first beta having only been in the hands of developers for a week.

Speculation is that the final release of iOS 5 will also coincide with the release of a new iPhone, though whether this new handset will have the iPhone 5 or 4S moniker remains to be seen.