The Apple iPhone is renowned for its high-end build quality, and as such, many regard it among the benchmark products in the premium handset market. With all that anodized aluminum loveliness, it stands to reason that owners want to protect it as much as possible, and the new Moshi SenseCover, which is built for the iPhone 5 and the all-new iPhone 5s, does exactly that. Not only does it operate much like a smart cover in that it protects your display when not in use, but it the precision-carved letterbox slot lets you see who’s calling and answer their call without actually opening the case.

These kinds of covers and cases have been prevalent on Android devices for many years, so this introduction of a corresponding iPhone version is certainly not before its time. Previously, if you wanted to cover the front of your device, you’d essentially have to obscure the entire display -  not particularly ideal since every notification meant more cumbersome flipping.

This product offers the best of both worlds, and as well as being quite a bit more practical than most in its field, the Moshi SenseCover’s ability to answer calls without being tampered with will also help to keep the dust and dirt at bay.

The subtle touch strip across the front not only allows you to answer phone calls with ease, but you can also silence alarms, so if you’re quite restless in the morning, your device will remain safe even if you toss it a little casually onto your side table. 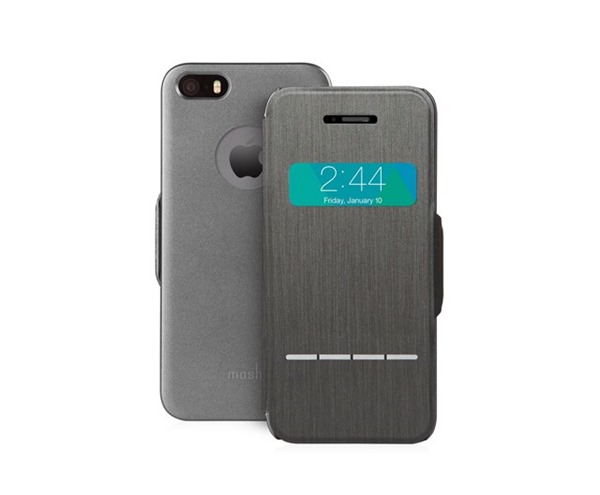 So, if you’ve been watching your Android-owning buddies for a while now and wishing that you could have the same functional, sophisticated look with your iPhone, then the Moshi SenseCover has it in spades. As elegant as it looks, though, it doesn’t come cheap, and if you want to protect your beloved iPhone 5 or iPhone 5s, you’re going to have to pony up the rather steep sum of $45. 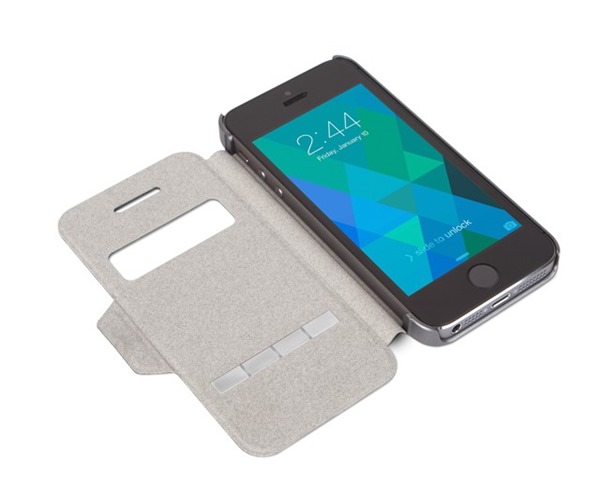 Then again, at least it has a USP, and if you’re in the market for something a little different, then the Moshi SenseCover is well worth checking out.

It comes in two slick color configurations -  Brushed Titanium or Steel Black – and if you’re interested, simply point your browser to: store.moshimonde.com