Mira For Android Looks And Sounds Remarkably Like Siri, But Doesn’t Work Even Half As Well

Whether you call it a play toy or a useful utility, Siri is undoubtedly one of iPhone 4S’ hottest features. While its popularity among iPhone 4S users is decreasing, demand for a strong Siri alternative for Android remains as strong as ever. This is evidenced by the countless number of Siri-like apps available in the Android Market, which we cover from time to time.

Today, we came across a new Siri-like app for Android. It’s called Mira and you can check it out after the jump! 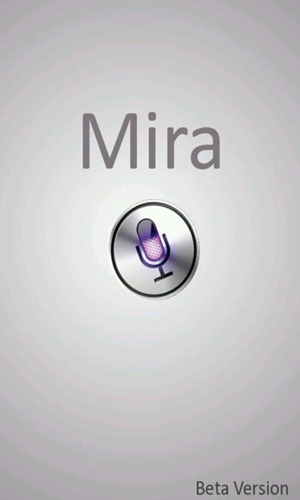 News of the app comes straight from its developer in the form of a thread posted over on popular Android development and hacking forum XDA-Developers.

We’ve tested the app on a Samsung Galaxy S II on Android 2.3 Gingerbread and confirm that it works as advertised.

In its current stage of development, we felt Mira to be the weakest Siri alternative for Android, and for good reason – it has a very unoriginal look and feel (Siri’s UI is completely copied here) and accepts only a handful of commands. There is no redeeming quality here. 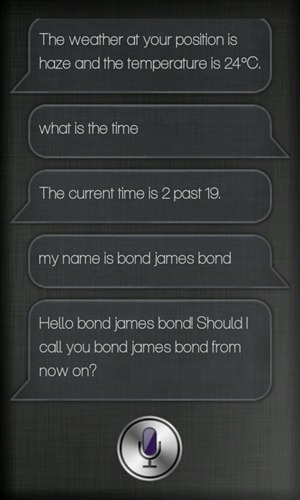 With strong alternatives like Dragon Go!, Speaktoit, Evi, Iris, Jeanie and Vlingo available, it’s not easy being an incomplete Siri-like app for Android. Still, we’ll be following the developer for updates on Mira; hopefully he’ll be able to integrate features that set it apart.

If you’re interested in trying Mira out, you can do so by heading over to the official thread where you can download the APK of the latest version of Mira. Once the APK is downloaded and you have enabled Unknown sources from Settings > Applications, you can install the app as usual.