It was recently discovered that Microsoft was working on an iOS implementation of its highly popular Word Flow keyboard found in its Windows Mobile platform. Carefully selected members of the Windows Insider Program were invited to take part in a closed beta of the Word Flow keyboard, with Microsoft confirming via the email invite that the keyboard would be initially tolled out to Apple’s iOS platform, with other platforms to follow in the near future. Now, a set of new images are providing a better insight into the visuals of the keyboard and some of the unique features that it will bring to iOS when publicly released.

One of the platform specific features that iOS users can look forward to, is the integration of a unique one-handed mode. Users of Word Flow on a Windows Mobile device will know that a one-handed mode already exists on Microsoft’s own platform, but Microsoft’s iOS implementation is different. The one-handed mode will be accessible on Apple’s larger devices, such as the iPhone 6s and iPhone 6s Plus, and will be activated by interacting with a button containing arc-like iconography which can trigger the compact keyboard for left or right hand use. 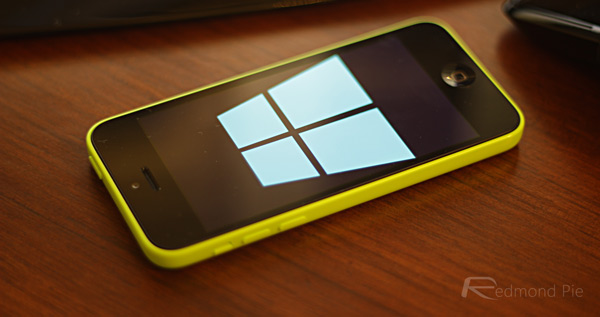 This particularly design route by Microsoft ensures that both right-handed and left-handed users have equally positive experiences when working within the one-handed mode. Microsoft’s own devices that ship with a one-handed mode involves shrinking the letters down to be more accessible, rather than actually rearranging the location and layout of the keys in a fanned layout for ergonomic accessibility. There’s clearly been a lot of thought put into how the company can best utilize Apple’s third-party keyboard APIs to bring the best possible Word Flow experience to iOS. 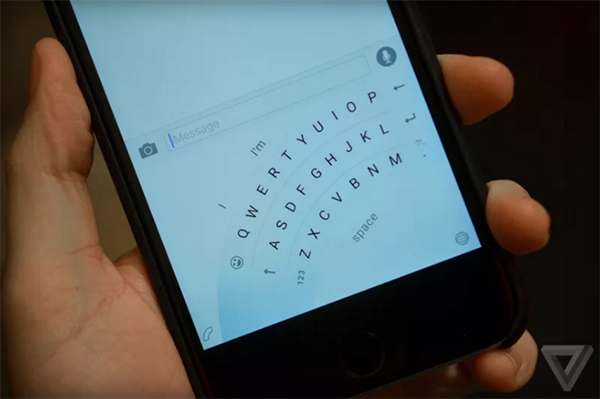 If you take away the unique one-handed mode, then Word Flow is very similar in terms of functionality and design to what is already offered on Microsoft’s own Windows 10 Mobile powered devices. In addition to being able to be used with one hand, Word Flow for iOS will also ship with a built-in word prediction engine, swipe-based test input for efficient typing, multi-language support, emoji recommendations, and built-in shortcuts.

With the keyboard still being tested, Microsoft has not issued any word on when it will be hitting the iOS App Store.