Deal Alert: Get Unlocked Nexus 6P In Gold For $50 Off [Limited Time Only]

We all love saving money on some of the latest devices in the consumer technology world. It’s even better when those savings are only available for a limited period of time, essentially injecting some excitement into the purchase. In the middle of last year’s holiday shopping season, Google made the renegade move of reducing the 64GB Huawei Nexus 6P by $50 to entice in those last minute purchases. That deal proved successful and so now the deal has been reintroduced for a limited time only, but this time for the elusive Gold version of Nexus 6P, essentially knocking $50 off the 32GB and 64GB models of the Android flagship.

If you’re in the market for a new Android smartphone purchase then it’s definitely worthwhile checking out this deal. The deal reduces price of the 32GB Huawei Nexus 6P in Gold color from $499.00 to an agreeable $449.00. Parting with that $449.00 will get you an unlocked, SIM-free version of the hardware running Android Marshmallow. 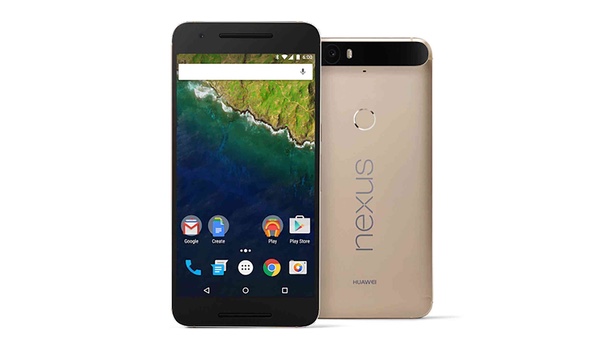 If 32GB simply doesn’t cater to your needs then there is also the opportunity to save on the larger 64GB capacity version of Nexus 6P in Gold. It is available now for $499.00 down from its original price of $549.00. As mentioned earlier, the 64GB version ships with Android Marshmallow and offers the exact same experience as its smaller brother, albeit with double the storage space internally.

The Nexus 6P comes equipped with an all-metal design built with an internal Snapdragon 810 V2.1 processor. The 5.7-inch AMOLED display is surrounded by front-facing stereo speakers, and ships with a rear-facing 12.3-megapixel camera. The Huawei-Manufactured Nexus 6P should also appeal to the security conscious thanks to the integrated fingerprint sensor called Nexus Imprint that allows biometric authentication, and more. 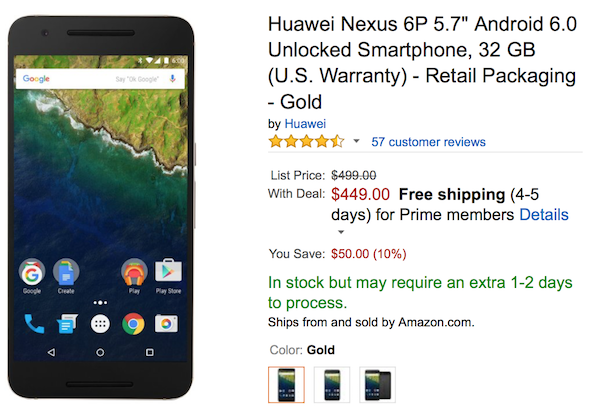 If you’re interested then head on over and grab it right now. You might want to hurry as these deals don’t usually last for long.