To win any war, sometimes you have to fight dirty, and while this might be a bit of a loaded term to describe Microsoft’s latest marketing ploy, it’s fair to say that the proverbial gloves are well and truly off. The Redmond company is trying hard to sell you its new and improved Xbox One, and if you happen to be in ownership of the PlayStation 3, then it is especially interested in your custom. So much so, in fact, that those trading in their PlayStation 3 at any US-based Microsoft Retail Store can save $100 off the purchase of the One, which arrives with the second-gen Kinect as standard.

The upgrade offer isn’t a great one, for even now, you could probably sell your PlayStation 3 & its games off for quite a bit more than one hundred bucks. However, as usual, this is the hassle-free route, and if you feel like switching over to the other side this time around, then no doubt you’ll be rushing to package up your now antiquated machine. 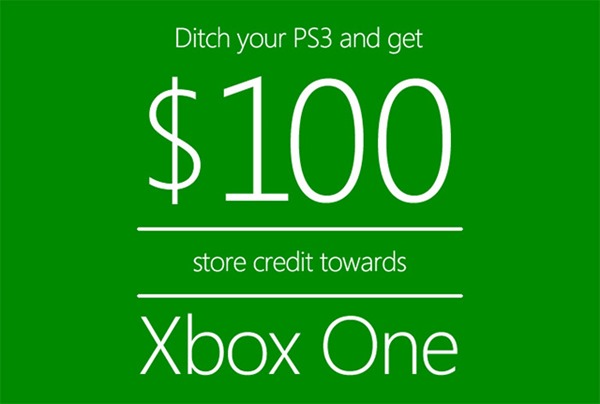 Considering that the PlayStation 4 is cheaper, more powerful, and has sold in higher numbers than the Xbox One in these first couple of months, this initiative is unlikely to entice a decisive number of gamers into making the switch. Also, it’s invariably the case that console owners feel a degree of loyalty to the consoles they owned previously, meaning that the vast majority of those on the PS3 will probably upgrade to the PS4. 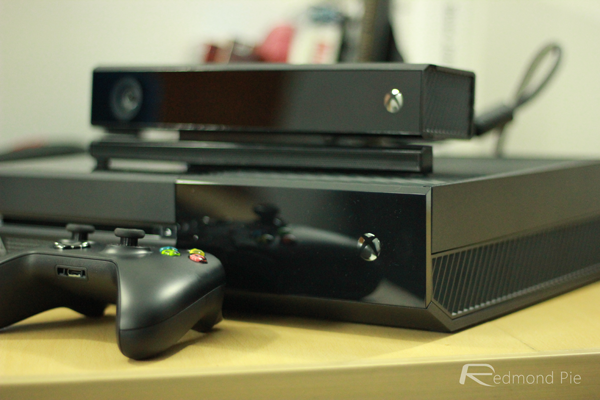 Nevertheless Microsoft knows that a stronghold on the console market can easily be overturned, with company having halted the dominance of the PlayStation brand to reign supreme with the Xbox 360. However, now is about consolidating the marginal lead it has managed to build over the past few years, and with the early signs less than encouraging, it’s not a surprise that it has only taken until January for this kind of deal to arise.

So, if you want an Xbox One, this is a relatively good way to save yourself $100. Then again, you could always just buy the PlayStation 4, which is $100 cheaper than the Xbox One to begin with, and keep your old console.

Either way, Microsoft’s deal is valid across Microsoft Retail Stores in the United States, so if your plan is to upgrade to the new Xbox, trading-in looks a decent option.