Microsoft CEO Steve Ballmer has promised over 500 new features will be present in the company’s next release of Windows Phone 7.x. 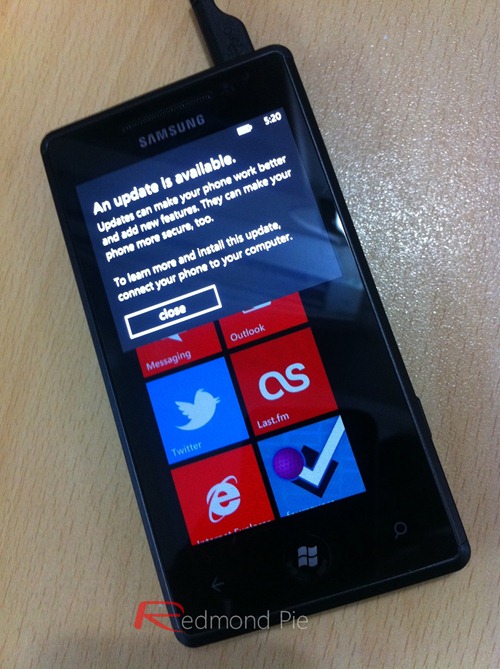 Dubbed ‘Mango’ and expected to be labeled as Windows Phone 7.5, the update will be detailed at a VIP launch event tomorrow according to WMPowerUser.

Speaking at the Japanese Microsoft Developer Forum 2011, Ballmer also told the audience they will also be treated to information on new Windows Phone 7 partners. With Nokia reportedly waiting for ‘Mango’ to ship before releasing the company’s first WP7 device it’s not clear whether they will be putting in an appearance or not. New hardware is expected to be shown though, but nobody really knows which manufacturers will be represented.

Microsoft has taken an Apple-like approach to its hardware partners by controlling the specifications of their handsets. All Windows Phone 7 phones must utilize a 1GHz Qualcomm Snapdragon CPU alongside a capacitive touchscreen and 5 megapixel camera. While all these specifications are a minimum, they represent the bulk of current handsets. With multitasking and other goodness arriving on the Windows Phone 7 platform it’s going to be increasingly vital the hardware bulks up over time. Android is currently experiencing an arms race when it comes to smartphone specifications with dual-core CPUs becoming the norm. Microsoft won’t want its fledgling operating system to lag too far behind – especially with Apple expected to also jump onto the dual-core bandwagon with its next iPhone release.

A full video showing Steve Ballmer’s announcement is available via YouTube with the 29 minute mark where the good stuff starts. Unfortunately the audio quality isn’t the best in the world, but it’s certainly watchable.

We’re still holding out hope for some shiny new Nokia handsets to drool over!