Microsoft has applied the specialist talents of its Garage after-hours team to come up with a new handy tool for Windows users. Called Microsoft Snip, this handy little utility aims to bring screenshots to life through annotation and embedded audio.

Microsoft Snip is based on the assumption that users don’t just want to capture a screenshot and show the plain image. Microsoft believes that screenshots are more informative and worth a lot more to those viewing them when they they fall under the “show-and-tell” category. That’s where Snip comes in. The availability of the new Snip tool, which is currently available as beta, allows those using it to “Snip It”, “Annotate It”, and then finally “Share It”. Extremely simple in theory, but extremely powerful and useful. 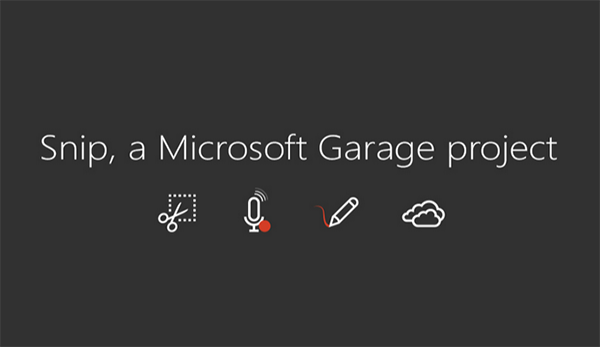 One of the overwhelming positive notes about Microsoft’s new Snip offering is that it can turn the generally bland screenshot into a visual and audible document that can tell a story or relay a lot of information to any individual that it is sent to. It is also worth noting that Snip is an entirely different installation and offering to the long-running Snipping Tool that has historically shipped as part of Windows. 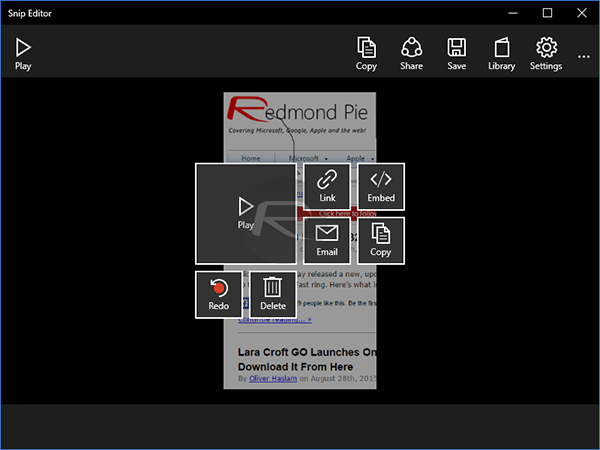 When installed, Snip sits as an easily accessible widget at the top of the display. The team behind the product has clearly put thought into the fact that those who regularly capture and look to share screenshots will generally want to do so quickly with minimal fuss and intrusion. The availability of the widget means that it’s extremely quick to get up and running. Once a screenshot has been captured and annotated or scribbled on, Snip automatically copies the data to the clipboard which can then be passed into a third-party application. Alternatively, the data can be uploaded directly to Microsoft where you can get a URL that can then be used to share with friends or colleagues. 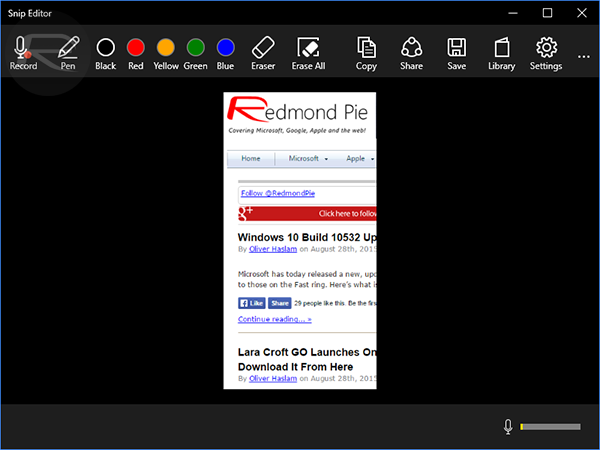 Snips that come equipped with an audio annotation can be saved as an MP4 file before being shared. Snip is currently available in a pre-release format, so if you download and use it make sure to file any bugs or suggestions to the Microsoft team.