Microsoft Releases ‘Switch to Windows Phone’ Android App, Wants You To Ditch Your Droid For A WP Device

Having established that a significant portion of those adopting the Windows Phone platform will be doing so from Google’s Android, Microsoft has created a ‘Switch to Windows Phone’ app which aims to make the process as painless as possible. I must admit, when I first saw it, I thought it was shameless plugging bordering on propaganda, but having delved beneath the surface, it does appear that the Redmond’s main objective here is to lay the foundations for a smooth migration over to the tiled realms of Windows Phone 8.

One of the ongoing criticisms of Windows Phone 8 or specifically, the Windows Phone Store, is that it lacks apps. Aside from the gaping gap where many feel Instagram should reside, the platform is still without basic necessities like banking apps, and considering more and more mobile device owners use their gadgets to move money between accounts and whatnot, Windows Phone simply doesn’t cut the mustard for some. 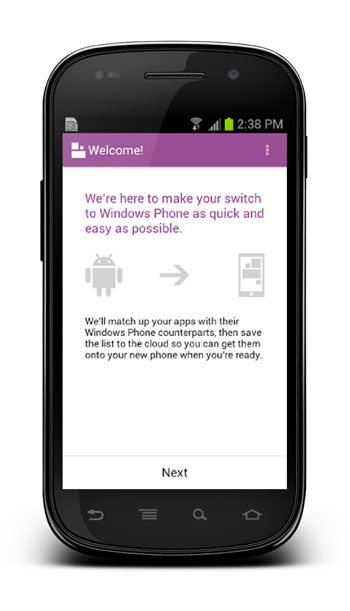 Microsoft cannot pull these missing apps out of thin air, but at least, with the Switch to Windows Phone app, it can present its platform as a welcoming, accommodating, and (aside from the gaps) very capable one.

Having used Windows Phone 8 quite a bit over the past few months via the Lumia 820, I have been impressed with how it runs, the intuitive interface, and seamless customization. But as a daily runner, it’s not viable until the aforementioned issue is addressed, and as beautiful as it may be, its shortcomings make it feel like a promising work in progress at times. 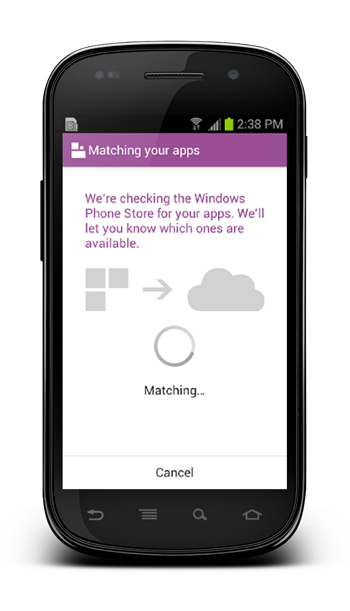 But hey, those are just my opinions, and if you’re somewhat enticed by the whole Windows Phone 8 vibe, the Switch to Windows Phone app will certainly be of assistance. It provides an apps search engine which, powered by Quixey, looks to source alternatives for Windows Phone to the ones you currently use on Android. If the corresponding version of the app is available already (i.e. Facebook), then it selects that, but if not, it will instead index something similar. 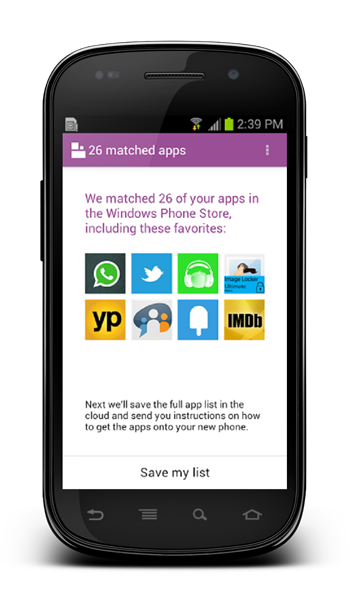 (Source: Switch to Windows Phone for Android on the Play Store)