When using a phone, many of us expect to be able to know where our friends are. Sure, it’s easy to give them a call, but in a world when touchscreens and the Internet are at our fingerprints (quite literally, in the case of smartphones), there are better options which are being explored by Microsoft’s new Windows Phone 7 app, “We’re In”. 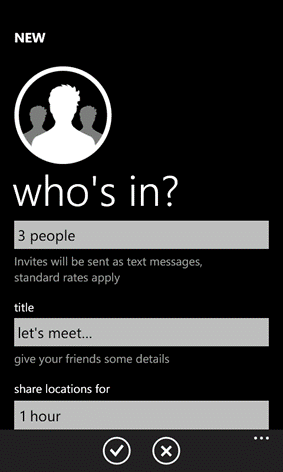 The official announcement was made on the official Bing “Search Blog”. This app is simple: whenever you wish, you can broadcast the place you’re presently at, as well as status message of your choice, to all your friends. After using your phone number to sign up for the service, you’ll be able to see the current location of all your contacts who are using this service, once you’ve invited them from within “We’re In”. It’s important to point out that it isn’t real-time tracking: instead, it simply broadcasts one’s location when said user updates his or her status. Think of it as a combination between Twitter and Foursquare.

We’re In makes organizing get- together’s, carpooling and trying to find people in a crowd a breeze. Any time you want to see where your friends are—We’re In can help you. It’s simple, invite your friends, and when they join, they’ll see your location and you’ll see theirs. When the invite expires, so does the shared location – no complicated process to worry about.

As each of your friends joins you, their locations appear on the map. If you need to you can pan, pinch and stretch the map to see more or fewer of them. Everyone that joins can see everyone else’s location. 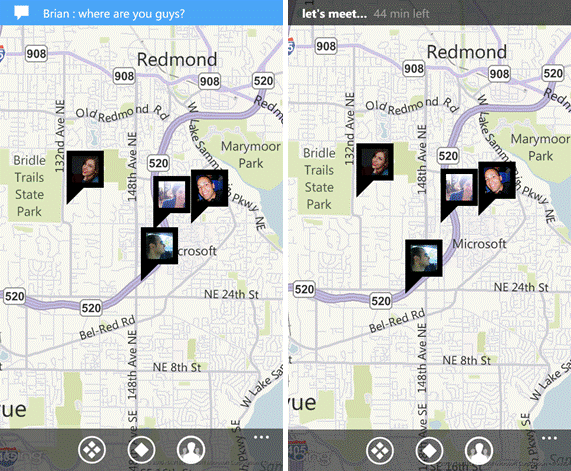 You may now be asking yourself: “What’s this? Another tool to steal my privacy?”. No, actually. Microsoft has taken quite some time making sure that your location isn’t unwillingly shared with others: that’s why every status update will have an expiration date, which you will get to set. Once that date is reached, the status update, as well as where you posted it from, will be gone forever. Plus, users are also able to choose which friends each status update should be shared with, this isn’t all-or-nothing. 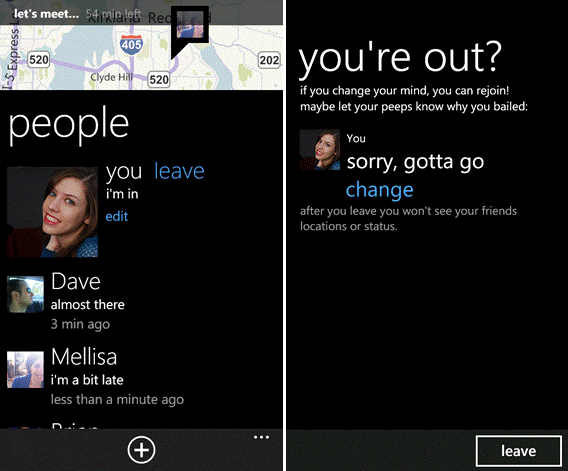 Some of you might find similarities between “We’re In” and Google Latitude, which was released 2 years ago. It’s basically the same concept except that its more social, and developed by Microsoft of course.

“We’re In” is available for Windows Phone 7 and will allegedly be developed for other smartphone platforms soon.