Remember those leaked SkyDrive features I touched on in yesterday’s editorial? Well, much of them remain in rumor territory. However, Microsoft has confirmed two things: One, a major SkyDrive update is in the pipeline, and two, the rumor that we’re getting a SkyDrive desktop client is spot-on. In a Building Windows 8 post written by two SkyDrive program managers, Microsoft detailed the SkyDrive Metro app, the service’s tight integration with Windows 8, SkyDrive on the desktop, and fetching files through SkyDrive.com.

We can expect a WinRT SkyDrive Metro app built using JavaScript, HTML5 and CSS that makes it easy and pleasant to browse and access files using touch. The SkyDrive guys mentioned that it was able to utilize the JSON APIs and JS object model used on the SkyDrive website today, which is "part of the reason it’s so fast".

On top of this – here’s the exciting part – on Windows 8, SkyDrive will be available natively as a "file picker", so you’ll be able to open files from and save files to SkyDrive. It will also be integrated in the Charms bar as a "Share charm". This will allow you to email files via SkyDrive, instead of uploading them as an attachment.

Here’s a feature that most Windows users of the service have been requesting: SkyDrive on the desktop. So rest assured, it will be available on Vista and 7 as well. After installing an app that is 5MB in size, you will be able to use Windows Explorer for quick drag-and-drop upload/download, easy file management, and the ability to access your data from anywhere. And the syncing through the app is seamless. As files are saved and updated to the PC, they are automatically uploaded to the cloud without any user action. Among the rumored features yesterday was an increased individual file upload size to 300MB. Interestingly enough, if you upload through the SkyDrive app on your PC, you’ll be able to upload files that are up to 2GB in size. 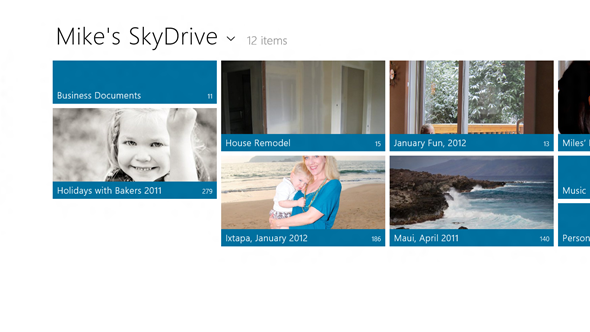 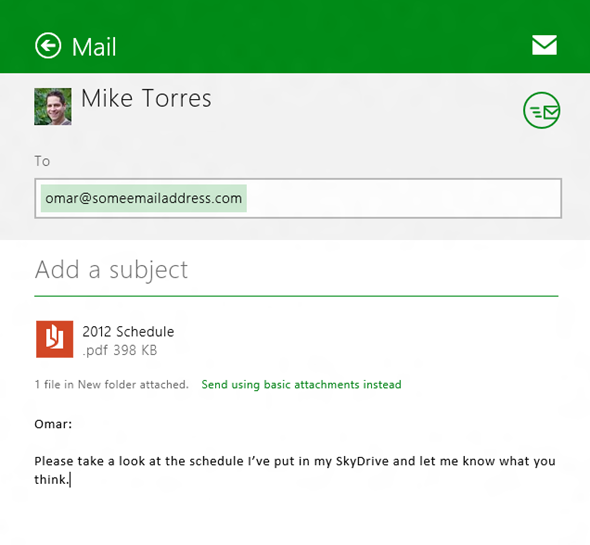 Finally, we have SkyDrive fetch. It’s a secure way to access the files from their PC through the web interface anywhere. You’ll be able to view the files on your PC and download them (or stream them, in the case of video). You’ll also be able to copy files over to SkyDrive remotely. Now, to prevent people who may gain access to your Live ID from also having access to all of your files, Microsoft has implemented two-factor authentication that requires you to enter in a code that is texted to your mobile phone on a computer you have never used fetching on.

Despite the lack of confirmation on most of the leaked web features, surely today’s announcement is more than enough to be excited about (although, in that video on the Building Windows 8 blog post, notice that Mike has 75GB of storage on SkyDrive; quite a subtle confirmation of the paid storage upgrades).

All of this begs the question: What’s going to happen to Live Mesh? It’s highly likely that the brand will be discontinued, with all of the service’s functionality being "meshed" into the new SkyDrive desktop client. They did note on the blog post that they took what they learned from Mesh and brought it to SkyDrive, so perhaps the brand simplification here that I’ve called for is going to come to fruition.