It’s a move that’s been on the cards for some time now, but Microsoft has finally confirmed the death of the Zune HD, with the company instead set to focus entirely on Windows Phone as their sole mobile and video strategy.

The news comes after Microsoft seemingly wasn’t sure what they were going to do with the Zune, with statements being published to the product’s web page, and then being removed. Now though, it seems the current text is the one that is going to be the final statement on the matter. 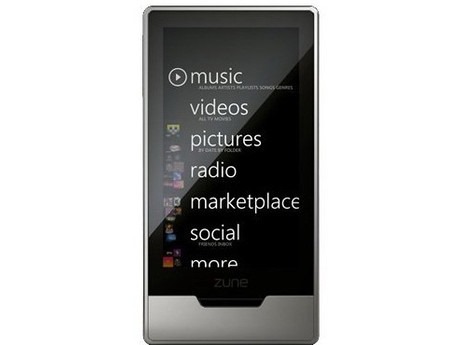 "We recently announced that, going forward, Windows Phone will be the focus of our mobile music and video strategy, and that we will no longer be producing Zune players. So what does this mean for our current Zune users? Absolutely nothing. Your device will continue to work with Zune services just as it does today. And we will continue to honor the warranties of all devices for both current owners and those who buy our very last devices. Customer service has been, and will remain a top priority for us."

Microsoft has also confirmed the discontinuation of the Zune HD hardware during the official ‘Windows Phone Radio’ podcast, with "we’re not going to be making the Zune HD any more, which is a bummer" coming around twelve minutes in. The podcast can be downloaded from the Windows Phone Blog, should you wish to hear the moment the death of the Microsoft Zune HD was confirmed.

The Zune HD’s future has been a murky one for some time now, and the focus on Windows Phone makes sense moving forward. Whether the change will benefit the Windows Phone 7 situation, remains to be seen, but more hands on deck has to be a good thing for the ailing mobile operating system.

Did anyone actually buy a Zune HD? Apple’s iPod has proven to be the definitive mobile music jukebox, and the addition of the iOS-based iPod touch has really driven that home. Can anyone compete with Apple and their comprehensive iPod line? The Zune Pass, a subscription-based music service was meant to bridge the gap between the two services, but that never really did the trick. With Spotify and other streaming apps now beginning to take a foot-hold, has the moment for subscription music already been and gone?

Either way, it’s too late to save the Zune HD, now.