Micro CPU Monitor For Android: Persistently Displays CPU Usage As A Percentage On Screen Throughout System

While Google does say that Android handles multitasking itself without requiring user-intervention, it is an accepted fact that there are badly-coded apps out there that just won’t quit properly and keep on hogging CPU resources, draining precious battery in the process. With that in mind, it is important to keep track of CPU usage.

The Task Manager that comes with TouchWiz 4.0 powered devices such as the Galaxy S II does show which apps are using how much of the CPU’s resources, but as far as I know, there is no way to do this on other Android devices.

This is where Micro CPU Monitor comes in. It is a simple, straightforward app (it’s more of a tweak, really) that displays a 1 pixel tall graph in any selected corner of the screen which shows you CPU use as a percentage. Check it out after the jump! 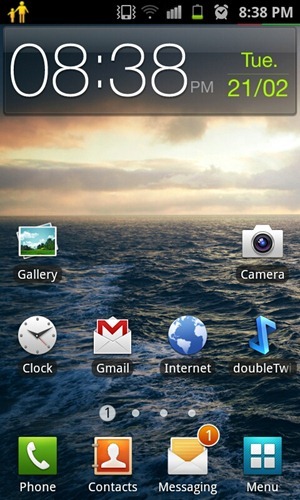 An ultra-tiny CPU monitor for Android. Only one pixel high!

Shows your CPU usage stats on a small bar graph in the corner of the screen. The bar is 100 pixels wide, 1 pixel high, and shows CPU use as a percentage.

We’ve tested the app on a Samsung Galaxy S II on Android 2.3 Gingerbread and can confirm that it works as advertised. Micro CPU Monitor is as simple and straightforward as apps can get: when you launch the app, you are presented with a options to start/stop the monitor, placement of monitor (top/bottom left/right) and invert colors. That’s it!

Micro CPU Monitor is a free app and it can be downloaded from the link embedded below.

Don’t forget to let us know what you think of Micro CPU Monitor in the comments section over on our Facebook and Google+ page!