In many ways they are extremely similar, but the news that Steve Jobs coached Facebook founder Mark Zuckerberg still comes as a surprise, with the revelation coming as the Zuck was interviewed for a TV show by Charlie Rose. 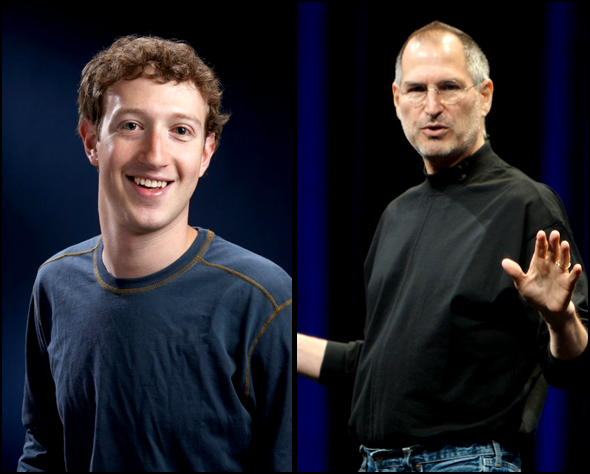 Zuckerberg, ranked number 14 on the Forbes Rich List, tells how the late Steve Jobs helped him build Facebook, and even told him how to find the best people to help him take the social network from a little-known college network, to the biggest online community ever built.

“I had a lot of questions for him,” Zuckerberg said in an interview with Charlie Rose that’s due to air today. The topics included “how to build a team around you that’s focused on building as high quality and good things as you are.”

Interestingly, Jobs apparently saw it as his responsibility to help young CEOs and entrepreneurs to build their companies, offering them the wisdom of his 35-plus years of experience in the technology sector.

Jobs and Facebook haven’t always seen eye-to-eye, with Apple being forced to pull Facebook integration from its Ping music network after the social network blocked access to it due to a wrangle over money. Facebook wanted money from Apple in return to access to its APIs, but Apple, or rather Steve Jobs, wasn’t willing to pay up.

Both Jobs and Zuckerberg have many traits in common, not least the ability to build a successful company while managing to upset those around them – Jobs famously took no prisoners when building Apple to be the force that it is today, and the way Zuckerberg made Facebook into the success story it is today has been one of the most eventful in tech history. Zuckerberg has been sued by numerous people, all claiming to be at least partly responsible for the creation of Facebook.

The fact that Jobs apparently helped Zuckerberg along the way makes you wonder who else he took a shine to. One thing is for sure, and that is the fact that Steve Jobs would not offer his ear to just anyone, and a quick glance around Silicon Valley shows that there are more than a few talented CEOs in the technology industry.

It appears that the reach of Jobs may have been further than we ever imagined.