Mark Zuckerberg Becomes A Dad, Promises To Give Away 99% Of His Facebook Shares

You know, it’s becoming easier and easier to love Facebook founder Mark Zuckerberg. The story of Facebook’s creation may be shrouded in all kinds of naughtiness, but Zuckerberg is becoming quite the philanthropist these days. In a post to Facebook today that announced the arrival of his baby daughter Max, Zuckerberg said that he would give away 99% of his shares in the social network. At the moment, Zuckerberg’s shares are worth around $45 billion in total.

In the post Zuckerberg said that he and his wife would give the shares away in order to help “advance human potential and promote equality for all children in the next generation.” Quite the cause, and if we had a spare $45 billion, we think we would probably want to do the same! 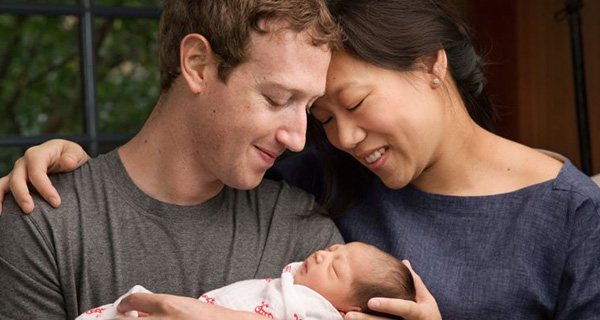 Named the Chan Zuckerberg Initiative, the new organization is set to be formed as a limited liability company that is controlled by Zuckerberg and Priscilla Chan, with Zuckerberg still actually in control of his existing shares. The initiative’s goal is to fund non-profit organizations while making investments and also participating in policy debates according to a statement from Facebook. The company also said that any profits gained would be pumped back into the initiative.

In a letter posted on Facebook, Zuckerberg speaks directly to his new daughter, outlining exactly why he feels that he needs to help not just the current generation, but those that are being born today.

We believe all lives have equal value, and that includes the many more people who will live in future generations than live today. Our society has an obligation to invest now to improve the lives of all those coming into this world, not just those already here.

At this point, it’s difficult to find fault here, and in all honesty, why should we? People with the kind of wealth Zuckerberg has amassed can obviously do whatever they want with their cash, but when they choose to try and make the world a better place for the rest of us – and more importantly, our children – we find ourselves simply wanting to applaud the thought. Well done Mark, and thanks.

Who’d have thought that a social network set up in someone’s dorm could result in so much good a few years later?