Whether or not you think that Apple is planning to do away with physical keyboards altogether, in favor of an iPad-like on-screen keyboard, it’s easy to see why some people might point to the MacBook Pro’s Touch Bar as an example of Apple’s intent.

We’re not convinced this is a route Apple is planning, but equally, we wouldn’t be at all surprised at anything Apple nor Jony Ive decided to do in the future. 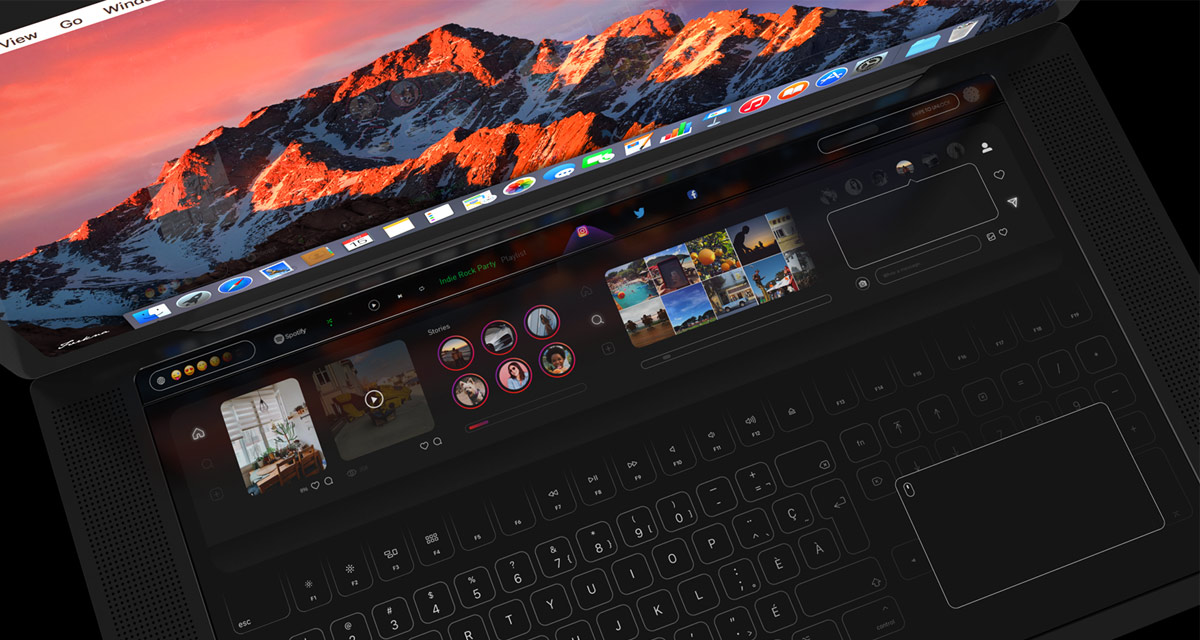 It’s equally little surprise that concept artists are taking Apple’s keyboard situation to extremes, creating concepts that have an ever larger Touch Bar.

One of those comes courtesy of design student Furkan Kasap and it shows a future where a Mac’s keyboard sits where the current trackpad resides, with a larger than normal Touch Bar extending down from the position it currently fills. While the moving of the keyboard and subsequent repositioning of the trackpad is one thing we’re absolutely not keen on, the larger Touch Bar may actually be useful.

Whereas the current Touch Bar only displays icons in lieu of buttons thanks to its small size, a larger footprint would allow for more interesting uses. Those could include things like video previews and the such, although as is the case with the current Touch Bar, the real usefulness of the larger incarnation would depend on how developers use it and what features they decide on proving to users as a result.

We are not huge fans of the current Touch Bar, but a larger one with altogether more use-cases could be an interesting addition. We’ll have to see where Apple takes the Touch Bar, if anywhere.