Seeking to find brand new Apple products at a cut-price is a very difficult game to be involved in, but in a rare glimmer of hope for those trying to save a little of that hard-earned cash, Best Buy is running a series of deals on the MacBook Air as a Mother’s Day special. Some specifications of the ultra-slender notebook have been dropped by as much as $100, and with a further $25 saved by entering the code MOM25, you might even be able to treat your mom (or yourself..) to a shiny new MacBook Air this Mother’s Day.

Some analysts and commentators have predicted that Apple may refresh the MacBook range at this year’s WWDC 2013, but even with that in the back of the mind, these Best Buy offers are still more than welcome. Apple’s prices remain generally unchanged throughout the year, but along with Black Friday and Cyber Monday, this must go down as a golden opportunity for Mac fans to take full advantage. 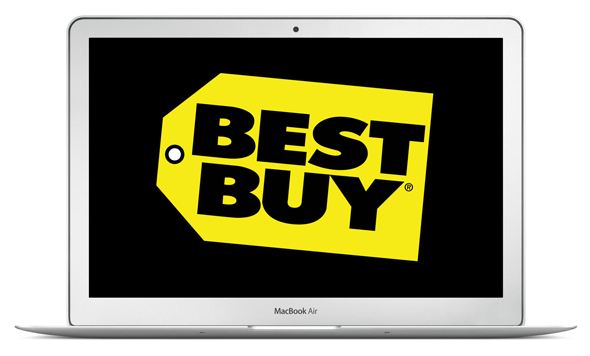 Obviously, with that lingering speculation of a refresh, it stands to reason that many of you will want to hold off, but with the current generations delivering more than capable levels of performance, you should certainly consider the MacBook Air ‘as is’ while this deal is running. Tim Cook has already noted that his Cupertino company won’t be shipping any new hardware until the fall, and while this could well be mere bluster, you mightn’t want to be waiting for months for a new model which may well not include the Retina display we so hope Jony Ive has managed to squeeze into such a svelte form factor. 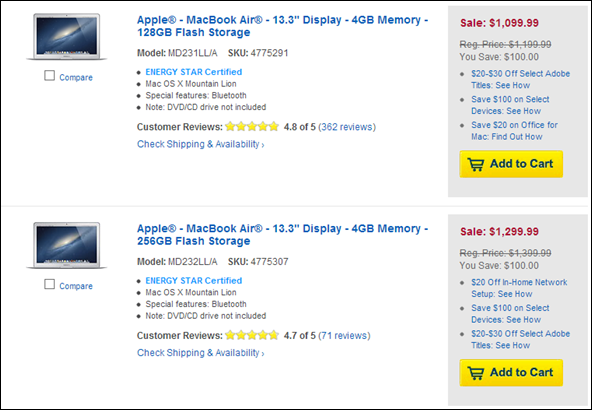 So there you have it. If you’re in the market for a new computer and don’t want to pay full whack, you may want to check out Best Buy’s special deals. I’ve been using the latest model of the 11-inch MacBook Air for the past nine or so months, and for all-round productivity, I highly recommend giving it a shot if you’re into a lot of travelling, or are just looking for a small zippy notebook.

Please bear in mind that this will, of course, be a limited time offer while stocks last, so don’t delay if you want to grab some of these savings.