Logitech has taken the next logical step in the progression of its Harmony range of intelligent remote controls by expanding the range of voice-activated controls supported for Amazon Alexa on an Echo or Echo Dot.

Logitech’s extremely popular range of universal remote controls have long had the ability to control some home automation equipment dotted around the home, such as the wonderful Philips Hue lighting range, but that support was just recently extended to Alexa-powered hardware as well. That has now been further extended to afford consumers with the ability to use additional audible voice commands to control their home entertainment equipment linked to Harmony. 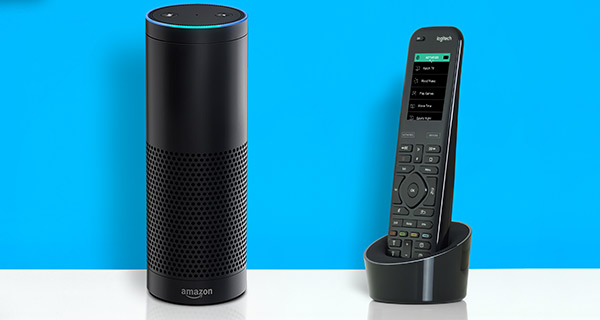 It’s not difficult to instantly see how important an expansion this is, and just how useful it will be to device owners who opt to bundle all of their remotes into the Logitech Harmony experience.

As an example, now, the ability to adjust the volume of the device is supported, meaning that users can invoke Alexa through the Echo or Dot hardware and have Amazon’s assistant turn the TV or entertainment device volume down to a specific level. Changing channels is also supported meaning that Alexa will also easily be able to navigate to a very specific television channel based on the user’s voice commands.

And it doesn’t end there with Harmony’s enhanced Alexa integration. Logitech has built in a number of important and frequently used media playback controls, such as instructing Alexa to play, pause, and stop. There are also new abilities to eject physical media and record content if the user sees fit. There’s also the ability to set that all important sleep timer on a piece of equipment by issuing a voice command along the lines of “Alexa, tell Harmony to set a sleep timer for 60 minutes.”

What’s actually very awesome is that owners of the Harmony Hub in the UK can actually use a very specific command to set in motion a chain of events that perfectly set the entertainment devices to their own requirements, such as saying “Good morning” to invoke lights, open up any closed blinds and set the TV to the user’s favorite morning breakfast show. It really is like living in the future with some amazing technology that makes everything so much easier. 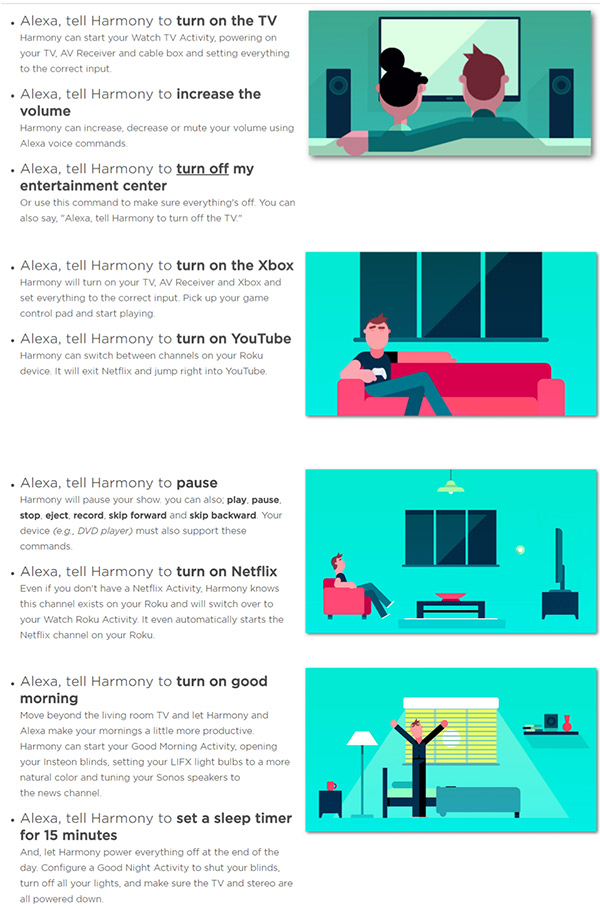 Anyone who owns an Echo or Echo Dot, and uses it to play music through services like Spotify, will more than likely understand that using Alexa to control aspects like volume can actually take longer in reality than physically amending the volume. With that said, having a whole environment setup based on a simple command is definitely worth having.

Updated Harmony Skill for Echo/Alexa is now available and can be enabled from Alexa mobile app.