One thing that never ceases to amaze me is the level of creativity that developers seem to muster up in order to bypass the restrictions imposed upon them by the Apple developer guidelines. In the past month alone we have seen a number of popular applications accepted into the App Store and then subsequently be pulled from sale by Apple due to a breach of the guidelines. 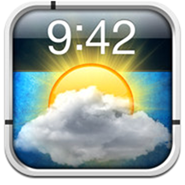 The developer App Store and human interface guidelines that are given to iOS developers offer an intriguing insight into the world of Apple, and are regularly criticized by developers on other platforms for the strict restrictions they place. However, if you take the time to read through them, the first thing you notice is they are generally common sense, designed to give the best user experience for the customer. Secondly, they are written in an extremely casual manner with one part saying:

We will reject any apps for any content or behaviour that we believe is over the line. What line, you ask? Well, as a Supreme Court Justice one said, "I’ll know it when I see it". And we think you will also know it when you come across it.

The new Lock Screen Weather application by Pavel Kozarek adopts an interesting approach to produce an app which would otherwise be rejected by Apple for a breach of the guidelines. Lock Screen Weather allows us to display local weather information and graphics directly on the devices lock screen. This doesn’t seem too revolutionary, considering weather widgets tools have existed within Cydia for a number of years. However, the interesting thing about this application is that it is available directly within the App Store and does not require a jailbreak. 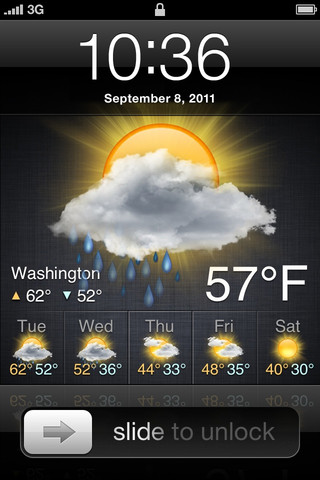 If having the weather on your lock screen is important to you, then you can expect the following features from Lock Screen Weather:

Perhaps the most interesting and unorthodox thing about this application is the way in which the developer has gotten around the developer guidelines. The weather application works by playing a silent track via the devices iPod app and taking advantage of the lock screen album art display. Due to the way the iPod app dynamically handles the album artwork of a playing track, the screen is updated whenever the device is locked. 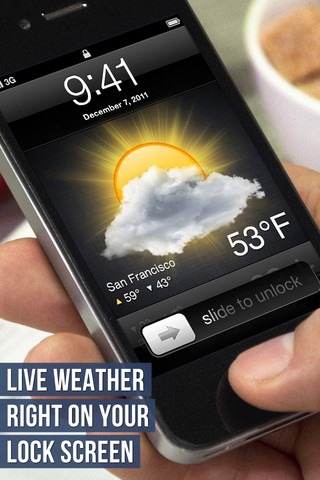 Lock Screen Weather is clearly a very clever application, and from a technical mindset it is a very clever implementation. However, to work effectively it requires a constant playing track through the iPod which in turn would stop the user from playing their own music. If the feedback on the App Store is to be believed, the application also bypasses all sound notifications other than the ringtone meaning alerts such as text messages will no longer work.