A couple of weeks ago LiveSide reported about the new Live Search update which added a nice background image touch to the current bland look. At that time Microsoft confirmed that they were testing the new feature so it didn’t work for everyone around the world. But today it seems like this new update has finally gone live. Today I have been continuously getting the new Live Search page with background image whenever I checked the site. I have tested it from home, my university and I also have it confirmed from one of my friend who is in a different country. So if you are still getting the old look, try hard refreshing (Ctrl+F5) your browser and see if it works for you. 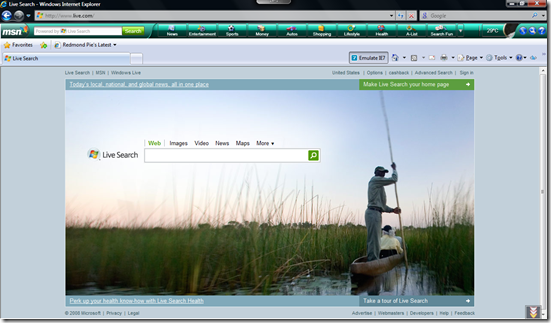 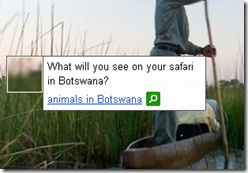 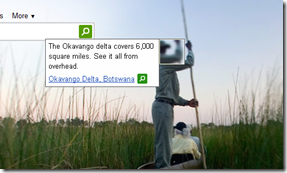 Another Interesting thing to notice is that this update is not only about background images but it also gives information in the form of nice pop-ups(kind of) on various parts of the background image whenever you hover on it with your mouse. In some cases the info in the popup will take you to Live Maps to the relevant location or to another search result depending upon the information in the popup.

This update surely brings a nice touch to Live Search and its something which differentiates it from Google for good.

UPDATE 1: LiveSide has just reported about this and they have also confirmed that the popup thing which I talked about above is officially known as hotspot.