Samsung has officially announced the list of devices that are upgradeable to Android 4.x Ice Cream Sandwich, along with dates of when they expect these devices to get said platform update. Details after the jump! 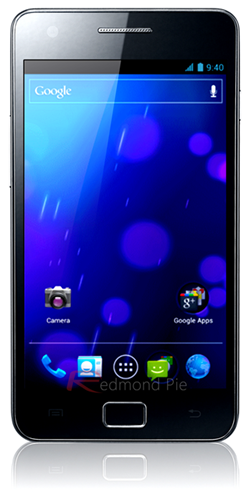 The news comes from The Next Web Mobile – a blog dedicated to covering mobile devices such as smartphones and tablets and the technology that powers them – in the form of a post in which they discuss Samsung’s press release.

Announcements regarding update schedule will be made separately for each upgradeable device and will be according to “market situation” and “carrier requirements”.

This is welcome news for all Galaxy smartphone/tablet owners (including yours truly) who look forward to an improved user experience, which Ice Cream Sandwich promises. Q1 2012 isn’t actually all that far away and this is, as far as we can tell, much earlier than the 9 months Motorola said it would take for them to release Ice Cream Sandwich to their upgradeable devices.

If you are a Galaxy S II owner and are feeling a little adventurous, you can always check out the leaked official ROM of Android 4.0.1 ICS with TouchWiz or the unofficial stock ICS ROM for Galaxy S/ S II. These ROMs aren’t very stable at the moment, and there are plenty of bugs that make them unsuitable for daily use. We actually recommend waiting it out for the official OTA update.