Another Apple media event has been and gone, this time bringing multiple product announcements as well as the obligatory update on how existing devices like the iPhone, Mac and iPad are faring in the marketplace. Although, most of the attention will rightly be paid to the new 13-inch MacBook Pro with Retina display and the release of not one, but two new iPads, we mustn’t forget that a number of important accessories were also mentioned during the keynote, albeit extremely fleetingly.

The Apple.com website has been updated to reflect the availability of these accessories, with the Lightning Digital AV Adapter available for $49 with a current shipping period of 2-3 weeks. iOS device owners will be able to use the Lightning Digital AV Adapter to send the currently viewed content from a Lightning compatible device to a HDMI equipped hardware such as a television set or a HDMI ready projector. Support is bundled in for up to 720p HD with video mirroring also possible. 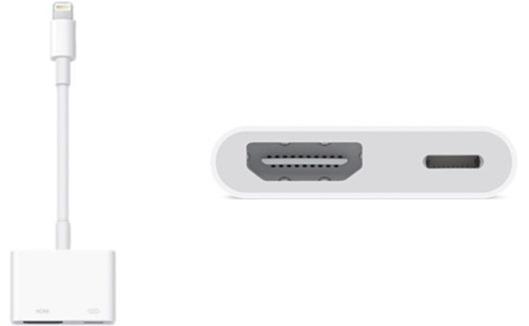 The video out support for the accessory is 1080p compatible, and supports Apple’s latest devices like the new iPad mini, the fourth-generation iPad as well as the iPhone 5 and fifth-generation iPod touch. In addition to the Lightning Digital AV Adapter, Apple is also making available a Lightning to VGA Adapter that commands the same $49 price and will ship within 2-3 weeks.

Once again, the Lightning to VGA Adapter will allow iOS devices owners to mirror out their devices display to a VGA equipped television set, notebook or projector. Both cables follow the exact same form factor that we have seen with previous Apple cables and have been priced in the same ballpark that we have seen Apple historically hit with accessories of this type. 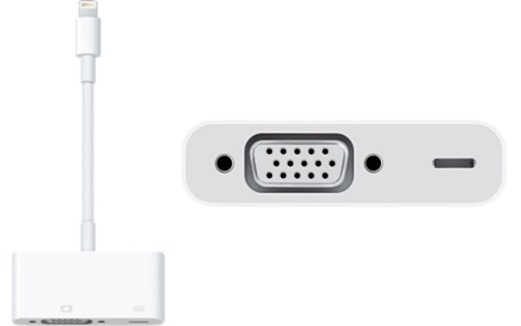 All of the available and upcoming Lightning based cables will only be compatible with the latest wave of iOS devices. Previous iterations of the hardware still carry the original 30-pin connection hardware and therefore cannot be used with these new accessories. Currently supported devices include the fifth-generation iPod touch, the iPhone 5, the fourth-generation iPad and the fabulous new iPad mini.

These latest two cable accessories to land on Apple’s official website are just a number of a growing range of Lightning cables offered by the company for new iOS devices. Lightning to USB cables have been available since the iPhone 5’s launch as well as a new Lightning to SD Card reader offering also about to become available as a product of this latest media event.