We’ve been hearing this rumor for a long time now, that LG is working on a super high-end smartphone in collaboration with Google. After consistent rumors, we are finally seeing first leaks of the actual device out in the wild.

Thankfully, the photos aren’t blurry. Check them out after the jump.

The leaks come from AndroidCentral in the form of a short post in which they discuss the photos sent to them by an anonymous tipster.

The photos in question, which we’ve posted below, show a smartphone that looks very much like the LG Optimus G running a stock version of Android 4.1 Jelly Bean. There are photos of the device at it the Jelly Bean launcher, LG boot screen, and most importantly, its About page which shows important system-level information related to the device. 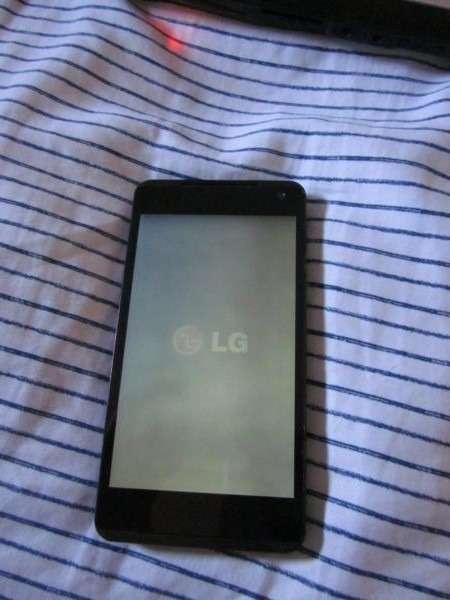 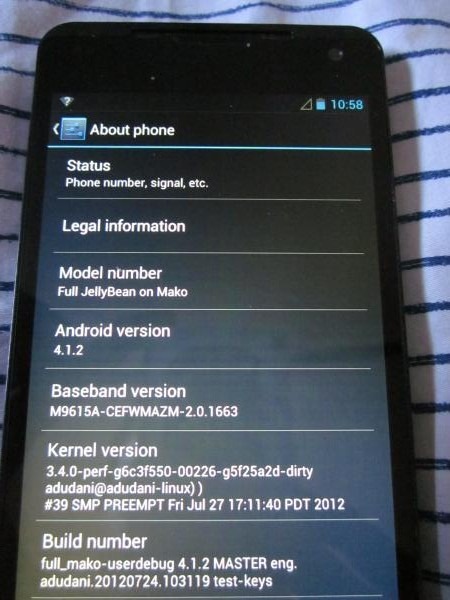 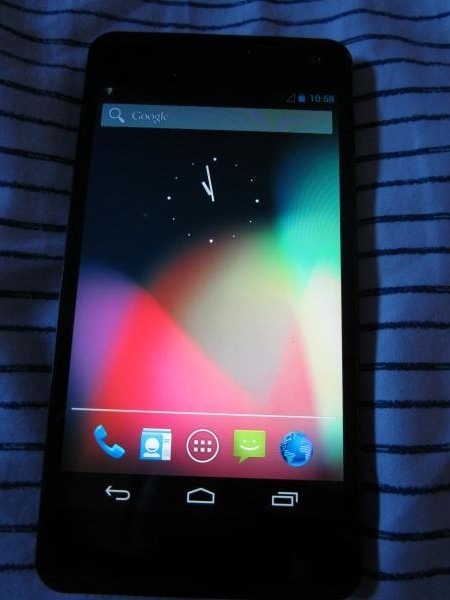 he About page for the LG Optimus G Nexus shows Android version as 4.1.2 Jelly Bean based on version 3.4 of the Linux kernel. The codename is also apparently mako. In addition to all that, the baseband number is in the same series as the modem used in the Optimus G.

Of course, these photos can be very easily faked, but the fact is that they do fall in line with rumors we’ve been hearing previously: Google is working on completely overhauling their Nexus program. The newer program would allow Android manufacturers to have their smartphones certified by Google to be “Nexus ready” (or something along those lines) which means the device comes with a stock version of Android but can be skinned from a Customization Center, and meets some standard system specifications such as, perhaps, a quad-core processor, 2GB of RAM and an 8-megapixel camera. 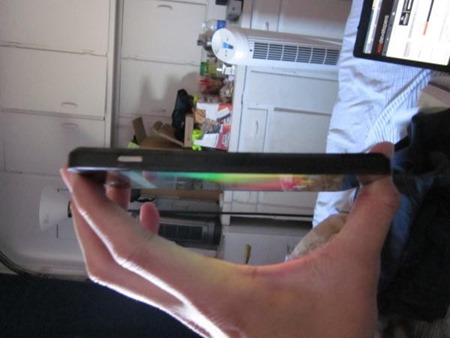 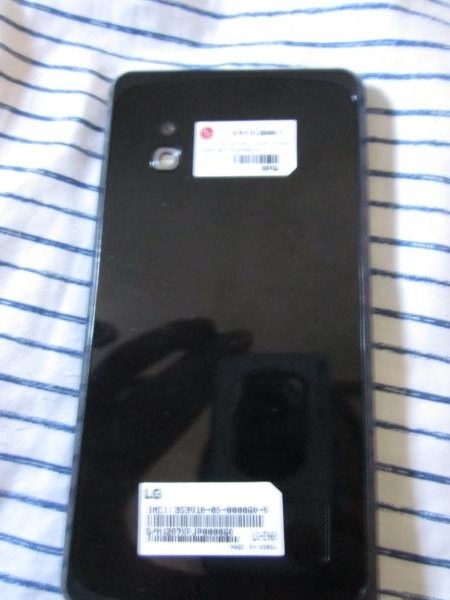 Specifications for the Optimus G Nexus aren’t confirmed at the moment, but they are strongly expected to be similar to the specifications of the already released Optimus G which comes with a 4.7-inch True IPS+ HD display, 2GB of RAM, a Qualcomm Snapdragon S4 Pro quad-core processor clocked in at 1.5GHz, and a powerful 13MP / 1.9MP camera.

These are truly premium specifications and make for a huge jump over the now outdated Galaxy Nexus. Combine these specs with the very buttery smooth user-experience of Android 4.1 Jelly Bean and the promise of quick system updates directly from Google would make for a very competitive smartphone.