Launch+, a new launcher app for the iPhone and iPad, brings the power of widgets to Apple’s Notification Center, whether the iPhone maker wants it to or not. 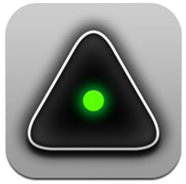 This oversight on Apple’s part has led to something interesting, and it is thanks to the independent iOS developers that it is even happening at all.

A  new breed of app has come about, called launchers. What launchers do is basically generate new Notification Center alerts that kick off an app, a setting or a feature as soon as they are swiped. Know how swiping an incoming email message launches Mail? Think that, but with more power.

One of these apps is the newly released Launch+, and it does exactly what it says on the tin. 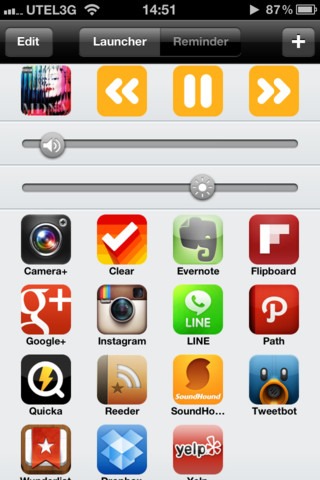 That tin reads suggests that a whole host of apps are supported, as are various system tasks such as changing your iPhone/iPad screen’s brightness and launching apps. Launch+ means that you may never need to go hunting through the Settings app just to turn your screen brightness down. 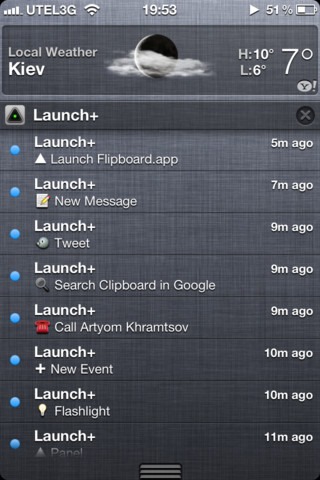 Users of Launch+ will be able to turn their Notification Center into a quick app launcher, as well as have it turn on the flashlight, music controls and Twitter instantly accessible without having to manually launch an app. If you are a power user, or just really impatient, any of these features could be a lifesaver. 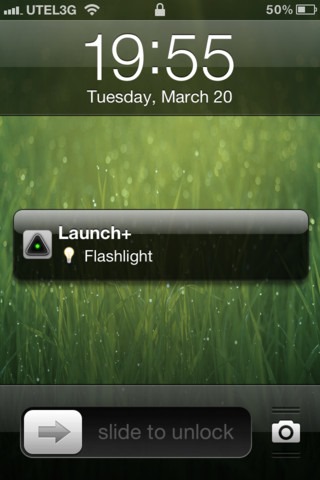 Unfortunately there is one caveat, though. As with other launchers, Launch+ suffers from using Notification Center in ways it was never really intended. Because of how it works, swiping on a particular notification clears it, meaning that it is no longer present until the next time you run the app. It’s not the end of the world, but rather an annoyance that you may well be happy to live with. 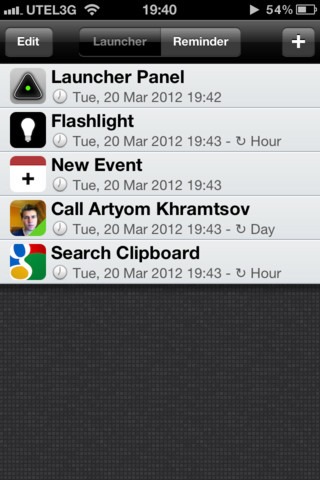 If Launch+ sounds like something that interests you, you can check it out in the iOS App Store right now for $1.99. If you can cope with the shortfalls of using Notification Center in this way, then Launch+ is well worth checking out.