Rumors of a next-gen iPhone have been ongoing. Now, at the beginning of September, we can stand here and say with almost full certainty that an iPhone 5 release is imminent. According to a new report, two Taiwanese companies have been identified and are now said to be producing 8-megapixel cameras for a new Apple device.

Much like most other major technology companies, Apple doesn’t make its own hardware; instead, it hires large third-party contractors, most of them based in the Far West, in order to produce certain parts and assemble the devices. This is the case for all of Apple’s products, ranging from iMacs and MacBooks to iPhones and iPads.

Currently, Apple relies on two companies, Largan Precision and Genius Electronic, bringing the latter into profitability after huge orders for 5-megapixel cameras for the one-year-old iPhone 4. According to a new report, both of these companies have also been contracted to produce an 8-megapixel camera module for the iPhone 5, with a large order to be issued very soon.

An enhanced 8-megapixel camera is only one of the many components that will be found on the iPhone 5. According to reports over the last several months, the next iPhone will include a faster dual core A5 processor, similar to the one that ships with the iPad 2, as well as a possible dual-LED flash, making it easy for high-quality shots to be captured even in total darkness, along with a slightly larger screen.

If you know where to look, evidence of a new case design is fairly clear at this point. Last week, alleged “iPhone 5 cases” were spotted in Chinese flea markets as well as certain e-commerce websites. These cases were designed to fit a much thinner device with a larger screen, as evidenced by the image embedded below: 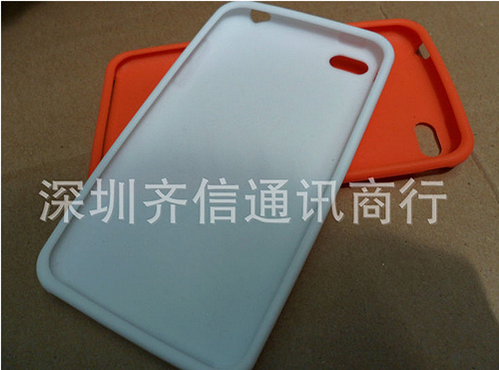 While none of these cases seem to have been manufactured by credible manufacturers, there must be enough certainty in the air for any company to have started mass-producing cases for a device that hadn’t even been announced to the public. While it’s not uncommon for certain makers to simply base themselves on rumors and speculations, it’s also possible that some of them might have obtained the design from inside industry sources.

On Sunday, we reported on a memo issued to all Best Buy employees announcing the launch of the iPhone 5 in October. If this is true, the official announcement might come as soon as this month.