Sometimes I come across something that I not only wish I could forget it ever existed, but also wipe from existence itself. I’m going to go ahead and put the new Kimoji app in that list, and I am sure you will do too.

In case that app name isn’t enough to give the game away, Kimoji is a new iPhone app on the App Store which crosses two of the most popular things on the planet – Kim Kardashian-West and emoji. I am more fond of one than the other. Can you guess which? 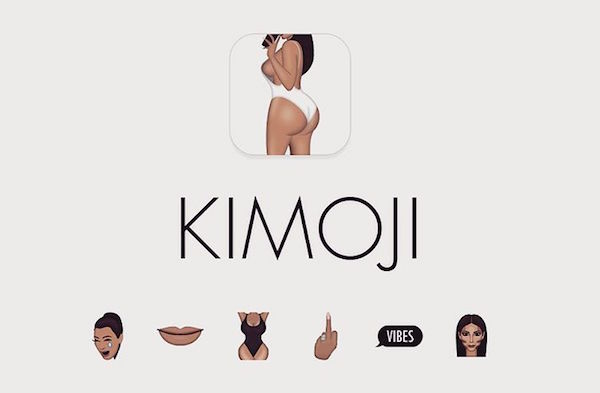 Now that the Kimoji name makes sense, here’s what you’ll get for your $2. That’s right, the app will cost $2 from the outset, with more content said to be coming at a later date. Don’t expect that content to be free!

Kimoji, at its heart, is an iPhone app that offers Kim-oriented emoji and stickers for people to use in their messaging app of choice, whether they be Messages, WhatsApp or any other of the hundreds of choices on the App Store. Whichever you use though, you can now send a little bit of Kim to your friends. 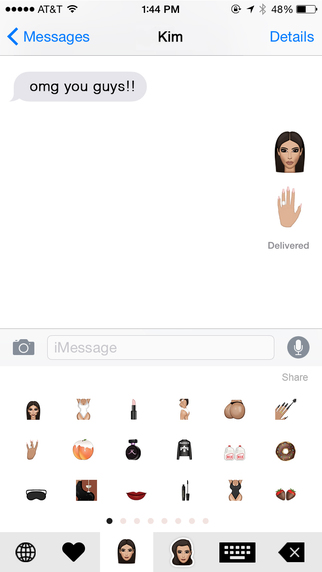 Just to make sure that sharing Kim Kardashian-West around is as easy as possible, there’s even a custom iOS keyboard support included with the app that should make it easier than ever to get its emoji and stickers into any app that supports those third-party keyboards. Now you have no excuse to not send that Kim’s butt emoji to your significant other. 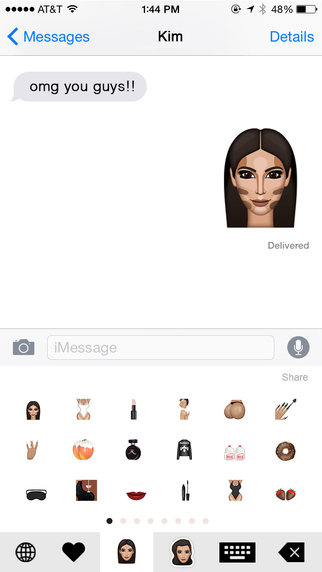 If you feel the need to give Kim Kardashian-West or her hugely deathly husband an extra couple of dollars, Kimoji is available to download from the App Store right now. But I suggest you don’t.